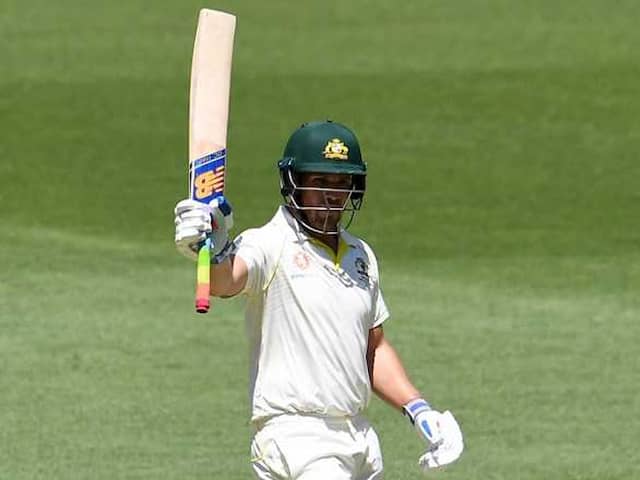 After a poor outing in the first Test, opener Aaron Finch scored an impressive half-century on the opening day of the second Test versus India in Perth. Finch's 50-run knock off 105 balls on a pace-friendly wicket helped Australia get a strong start in the first innings. Finch along with Marcus Harris shared a solid 112-run stand for the opening wicket. After the close of play on Day 1, former Australia captain Ricky Ponting heaped praise on Finch, saying that the 32-year-old played "really well" and the knock will help him gain confidence.

"What it showed today to everybody, and more importantly to himself, is that he has got a game that can stand up opening the batting at Test level," Ponting was quoted as saying by cricket.com.au.

"He had a few moments today where he did that a little bit, but in general I thought he played really well. He looked to be aggressive, play the ball off the back foot, which is a really good sign for him. It means he's not getting onto the front foot too early," Ponting added.

Australia ended Day 1 of the second Test at 277 for six with Marcus Harris (70) being the top scorer for the team. After winning the toss, Australia got off to a strong start as both openers denied India a breakthrough in the morning session of the day.

However, in the second session of the day, Jasprit Bumrah drew first blood, trapping Finch in front of the stumps in the 36th over. The Indian bowlers then dismissed Usman Khawaja (5) and Harris in quick succession to get back into the game.

But a solid 84-run stand between Shaun Marsh (45) and Travis Head (58) helped the home team get back on track after losing quick wickets.

Skipper Tim Paine (16*) and Pat Cummins (11*) were out in the middle when the umpires decided to call it a day.

Aaron Finch Ricky Ponting Marcus Harris Usman Khawaja Australia vs India 2018/19 Cricket Australia vs India, 2nd Test
Get the latest Cricket news, check out the India cricket schedule, Cricket live score . Like us on Facebook or follow us on Twitter for more sports updates. You can also download the NDTV Cricket app for Android or iOS.