Mohammed Siraj trolled for bowling an expensive spell on his ODI debut against Australia in Adelaide. 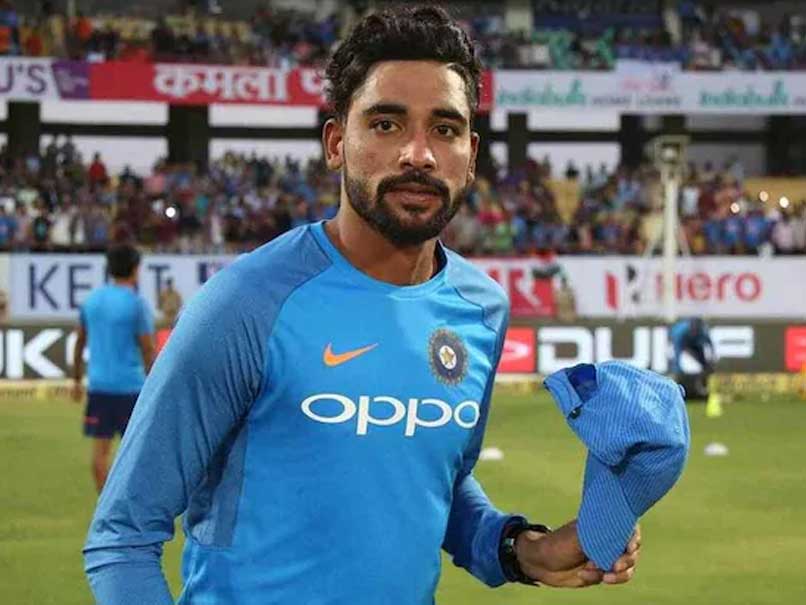 Mohammed Siraj, who made his One Day International debut vs Australia in Adelaide during the 2nd ODI, is now getting trolled on Twitter for having a godawful outing.  He conceded 76 runs on his debut, without picking a single wicket in his ten-over quota. Now this is leaving fans on Twitter absolutely grumpy, with some of them feeling Mohammed Siraj is the only burden the Indian bowling attack is currently carrying. Here are the tweets:

Unless there's a magical wicket taking spell of miserly bowling for the last 6 overs, #TeamIndia is going to be chasing a score well over 300. Resting #Bumrah has come back to bite the team. Mohammed Siraj has a lot of potential but his line has been erratic today. #AUSvIND

Nation demands a Koffee With Karan for Mohammed Siraj.

Shaun Marsh smashed his seventh hundred to power Australia to 298 for nine after opting to bat. At the Adelaide Oval, Marsh arrived at the crease at 26/2 and scored 131 runs, inclusive of 11 fours and three sixes, adding 94 runs off 65 balls runs with Glenn Maxwell (48 off 37 balls).

This was after Australia won the toss and opted to bat in searing heat. The hosts were unchanged from the previous game, while India brought in debutant Mohammed Siraj in place of Khaleel Ahmed.

Bhuvneshwar (4/45) and Mohammed Shami (3/58) exerted themselves on proceedings with the new ball, and didn't let the Australian openers get away quickly.

Kumar bowled Aaron Finch (6) through the gate in the seventh over, in a near-similar replay of his dismissal in the first ODI.

At the other end, Alex Carey (18) looked set once again before getting out two overs later, a top-edge off Shami's quick bouncer caught at midwicket as Shikhar Dhawan took a skier.

It brought Marsh and Usman Khawaja (21) together, and they put on 56 runs off 65 balls. Their partnership threatened to turn the game away, but Ravindra Jadeja affected a sensational run-out in the 19th over to dismiss Khawaja with a direct throw from backward point.

Marsh was able to manoeuvre the middle overs very well, as Mohammed Siraj (0/76) was proving expensive in every spell. The debutant sprayed the ball all over and was never able to hit a consistent line.

Adelaide Oval, Adelaide Cricket Australia vs India, 2nd ODI
Get the latest updates on IPL 2020, check out the IPL Schedule for 2020 and Indian Premier League (IPL) Cricket live score . Like us on Facebook or follow us on Twitter for more sports updates. You can also download the NDTV Cricket app for Android or iOS.