Nathan Lyon recorded his 14th five-wicket haul during the Perth Test against India. 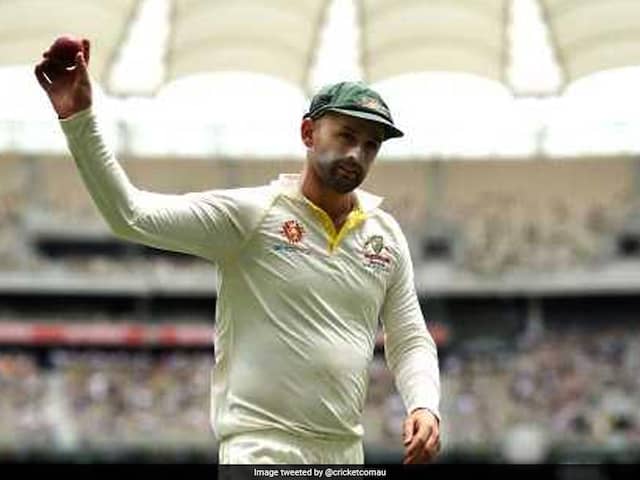 Nathan Lyon recorded his 14th five-wicket haul during India's first innings of the second Test to help the hosts bundle out the visitors for 283 runs. The 31-year-old Lyon was also the pick of the bowlers for the hosts and received a lot of praise from the cricket fraternity for his brilliant effort. Cricket legend Sachin Tendulkar was one of the many to laud the senior Australian spinner and called Lyon "very special". He also said Lyon has got terrific variations and uses the pace and bounce from the pitch well.

Australia have got a very special spinner in @NathLyon421. He has got terrific variations and uses the pace and bounce from the pitch to extract maximum value. #INDvAUS

Lyon after hearing the praise by Tendulkar was left humbled. He said to be recognised by one of the greatest of the game was a "massive honour" to him.

"That's amazing to get something like that from Sachin Tendulkar," Lyon said after play. He's obviously one of the greatest of all time to ever play the game," Lyon was quoted was saying by cricket.com.au

"So, to get recognised from him it's a massive honour."

Lyon, who was picked as the only specialist spinner by hosts in the opening two Tests, scalped eight wickets in Adelaide against India.

The ongoing Perth Test comes as Lyon's 82nd match. He already has over 320 wickets in the longest format of the game. His best bowling figures of eight for 50 came against India in Bengaluru, 2017.

Meanwhile, in the ongoing clash, the hosts who trail 0-1 in the series, took a 175-run lead at stumps on Day 3.

Australian skipper Tim Paine and Usman Khawaja will resume Day 4 for the hosts with the score on 132 for four in the second innings.