Michael Clarke May Be Fit for First Test Against India

Recuperating from a hamstring injury, Michael Clarke's availability for the first Test against India - starting December 4 - has been under doubt. The Australian captain though is reportedly making good progress. 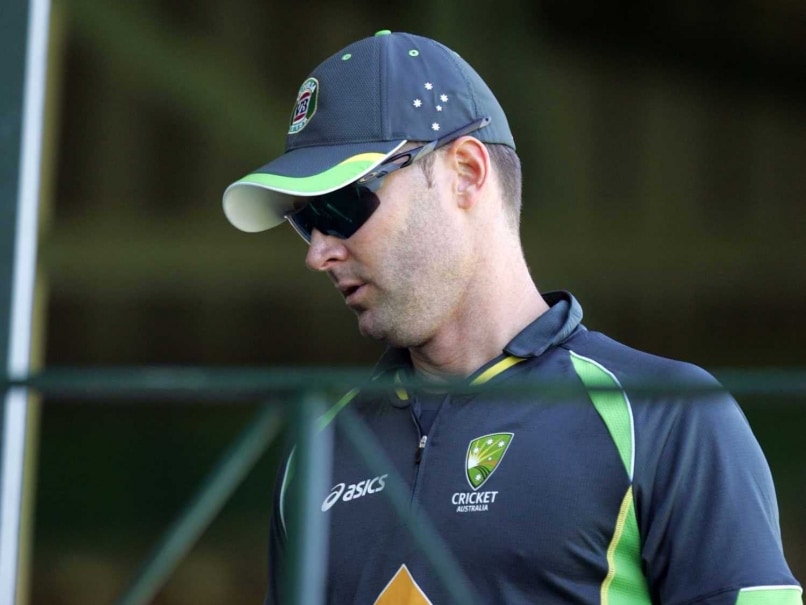 Sidelined: Michael Clarke has been out of action in the ongoing series against South Africa. He is expected to return for Australia when the Indian side arrives Down Under.© AFP
Canberra:

Just days after his Test future was thrown into doubt due to persistent injuries, Australian cricket captain Michael Clarke is set for a swift return to action.

When awaiting the results of scans, it was widely tipped that the 33-year-old would sit out an upcoming four-Test series against India, starting Dec 4, in an effort to be fully fit for the limited-overs World Cup in February, 2015. (Pics: When Indo-Australian diplomatic ties reached new cricketing highs)

However, better-than-expected scan results have meant that Clarke could end speculation regarding his chances of missing the entirety of Australia's busy summer.

The Australian captain could even line up for his grade side, Western Suburbs, as soon as this weekend, if the verdict from specialists emerge positive.

He can undergo a further fitness test in a Sheffield Shield clash for New South Wales, beginning next Tuesday, before being considered for Test selection.

Australia coach Darren Lehmann said Clarke will be given every possible opportunity to prove that he is ready.

"Obviously with a Test coming up, if he'd get to play that, he' d have to play the Shield game before the Test match to make himself available for that," Lehmann said earlier in the week.

Clarke's hamstring problem is closely related to a degenerative back issue that has troubled the batsmen since the early stages of his career.

He is currently undergoing 45-minute sessions two times per day on a state-of-the-art spinal machine, called the MedX machine, in an effort to improve his strength, stability, flexibility and endurance.

Clarke has previously described the machine, valued at around 43,000 U.S. dollars, as "a matter of life and death for my career".

Comments
Topics mentioned in this article
Australia Cricket Team India Cricket Team Michael Clarke Australia vs India 2011-12 Cricket Aus vs Ind, 2014-15
Get the latest updates on India vs England Series, India vs England , live score and IPL 2021 Auction . Like us on Facebook or follow us on Twitter for more sports updates. You can also download the NDTV Cricket app for Android or iOS.