Rahul Dravid said that the BCCI can keep faith in Virat Kohli, who captained India in two Tests in Australia, as he can lead the team and also perform individually. 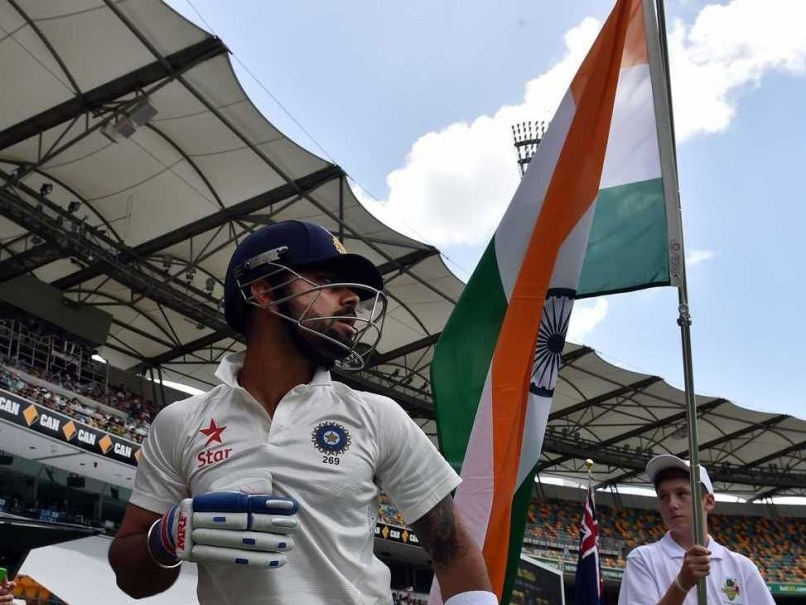 Batting legend Rahul Dravid has backed Virat Kohli to lead the Indian cricket team on a long-term basis, describing him as the ideal leader around whom the country can plan its Test future. (Read: What Really Fired Kohli in Australia?)

Kohli led the Indian side in two matches in the just-concluded Test series in Australia, which they lost 0-2, but Dravid said that the BCCI can keep faith in him as he can lead the team and also perform individually.

"I think it's early days for Virat. But he's shown that he can lead. One of the biggest pluses for me was his own performance in this series. Now we know that Virat's a shoo-in candidate for the captaincy, he's someone whom Indian cricket can plan long-term with, and that's what they should do," Dravid said. (Ganguly in Awe of Kohli)

"The worst thing would have been, for someone like Virat, who was the obvious successor to Mahendra Singh Dhoni, to have not performed and not been sure of his own place, which was one of the concerns after the tour of England. But that's not the case," he told ESPNcricinfo.

Dravid has no doubt about the current India batting line-up doing well in all conditions but said that the bowling department has been a let down in the recent past in overseas conditions, leading to the country's nosedive in Test rankings.

In the wake of India's 0-2 series defeat in Australia and their slide to number seven in Test rankings, Dravid said that the country needs a long-term approach to improve the overseas performance of the bowlers.

"The bowling has been a big let-down, and I think if you are not consistently bowling well, if you don't have world-class bowlers in both pace and spin, then you're going to slide down the rankings because you're not going to produce results," said the 42-year-old former captain. (I Want to Win Like You: Kohli Tells Ganguly)

Dravid said India's Test rankings will improve as the team plays more often at home in the coming months but winning more Tests overseas should be the benchmark.

"I'm not a big one for rankings. Whether we're seventh or fifth, for me that doesn't really make a huge difference. We are not going to be playing overseas for a long time, so our rankings will definitely improve," he said.

"We will perform well in India. We've got the batting line-up now, we've got some very good spinners who can bowl well in these conditions, so if we were having this conversation in 24 months and we haven't played a lot overseas, then I might be talking about 'oh, great, we're up there in numbers one and two'.

"So that's not the point. The point for me is, how well we do when we go overseas from now, and what are the steps that we're taking to address some of the issues that have become pretty evident over the last 12-14 months," he added. (Virat Meets Federer in Sydney)

He rued that not many talented bowlers have come up in India and the country may have to continue with the current crop of bowlers who have failed on several overseas tours.

"It's a tough one. I follow Ranji Trophy cricket and cricket in India, and there's not a lot of talent. The cupboard, unfortunately in the bowling department, is not as well stocked as we would like it to be," said Dravid.

"Hopefully it can change... in six months, eight months, sometimes you can find a young, exciting fast bowler somewhere or a super spinner somewhere, that happens. But the reality is that we were all excited, before the Australia tour. We had got 2-3 guys, Umesh Yadav, Varun Aaron, all bowling 140-plus; there's always Ishant Sharma; Bhuvi (Bhuvneshwar Kumar) has come along a long way," he said.

"So I'm not saying that these guys are finished. There are clearly lessons that they need to learn, areas that they need to work on. You could have the same set of bowlers, but if they improve and get better, I think that's the ideal situation, because when I look around the place, I don't necessarily see many bowlers shouting out or banging the door open at the moment to say, look, pick me, I will do the job for you in Test cricket."

Comments
Topics mentioned in this article
Rahul Dravid Virat Kohli Aus vs Ind, 2014-15 India Cricket Team Cricket
Get the latest updates on Fifa Worldcup 2022 and check out  Fifa World Cup Schedule, Stats and Live Cricket Score. Like us on Facebook or follow us on Twitter for more sports updates. You can also download the NDTV Cricket app for Android or iOS.