Glenn Maxwell scored 95 and returned with figures of 4/46 to help Australia beat England by 112 runs to clinch the tri-series. 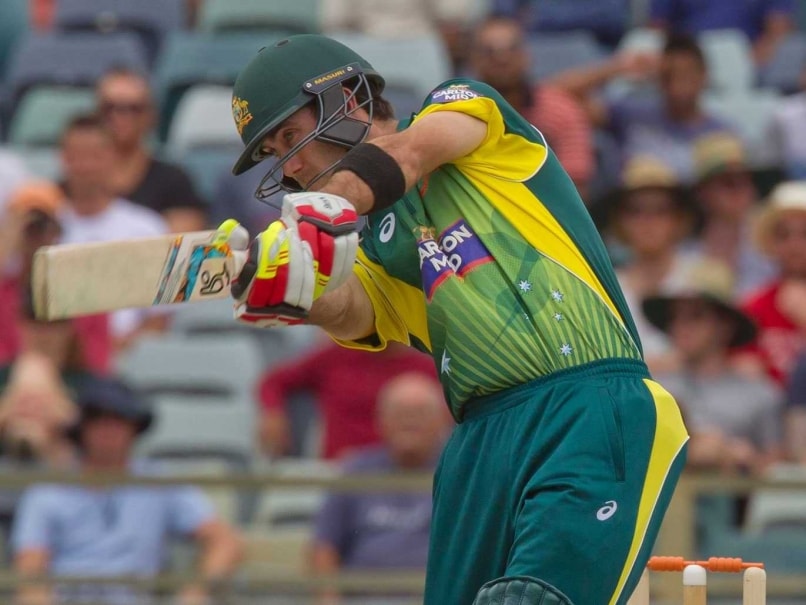 A stellar performance with bat and ball by all-rounder Glenn Maxwell helped Australia to a crushing victory over England in the one-day international tri-series final on Sunday. (Scorecard)

Maxwell top-scored with 95, helping Australia recover from a poor start at the WACA ground to end on 278 for eight.

He then took four wickets and a fine catch as England crumbled in the run chase to be dismissed for just 166 in 39.1 overs.

England, who will face Australia in the World Cup opener later this month, were never in the hunt after returning paceman Mitchell Johnson (3-27) claimed three quick wickets to have them 46 for four.

He was on a hat-trick after removing Moeen Ali for 26 and then England skipper Eoin Morgan, who was bowled without offering a shot.

Maxwell (4-46) also found himself on a hat-trick after removing Jos Buttler (17) and the hapless Chris Woakes (0), who had a match to forget, with successive deliveries.

Morgan conceded his team had a "poor day", but denied suggestions that Johnson -- who destroyed England in the Ashes whitewash last winter -- had reopened old wounds.

"One of the tests of defeat is how we come back from it," he said.

"I've got no doubt they'll bounce back really well."

Maxwell praised a dominant performance by his team and was delighted to prove his worth.

"Both aspects of my game were pretty good today, finally," he said.

After being put in to bat the home side slumped for 60 for four against some good early bowling from James Anderson.

But a 141-run partnership between Maxwell and local favourite Mitchell Marsh turned the match.

Maxwell was a marginal selection in Australia's World Cup squad after his indifferent form over the past 12 months. But he showed his worth with a typically inventive innings that combined bewildering and brilliant strokes.

However, another audacious stroke brought about his demise for 95, caught behind by Buttler after top-edging an attempted pull shot off Stuart Broad (3-55). Maxwell hit 15 fours off 98 balls.

Marsh offered great support, displaying his powerful strokeplay in making 60 from 68 balls, with seven fours and one six, before being run out.

The pair came together when Australia were in trouble after the loss of Steve Smith for 40, stumped at the second attempt by Buttler off the bowling of Ali.

Stand-in skipper George Bailey's dry run with the bat continued when he made just two from 17 balls before popping up a catch to James Taylor at short-leg off the bowling of Broad.

With much attention on whether regular captain Michael Clarke will be fit for the World Cup, Bailey faces a battle to retain his spot in Australia's best 11, with just 235 runs at 16.78 in his last 14 ODI innings.

Australia's total was boosted by a lusty unbeaten 50 -- off just 24 balls and including four sixes -- by James Faulkner in the dying overs.

The right-hander took 22 runs off the last four balls of the 49th over by Chris Woakes, who went wicketless and conceded 89 runs from his 10 overs.

Faulkner then pulled Steven Finn into the crowd at square leg to bring up his half-century from the last ball of the innings.

However, Faulkner was forced from the field during his third over in the England innings, with what appeared to be a side injury.

Comments
Topics mentioned in this article
England Cricket Team Australia Cricket Team Mitchell Johnson David Warner Aus vs Ind, 2014-15 Cricket Glenn Maxwell
Get the latest updates on IPL Auction 2023 and check out  IPL 2023 and Live Cricket Score. Like us on Facebook or follow us on Twitter for more sports updates. You can also download the NDTV Cricket app for Android or iOS.