Australians Were in my Face and it Brought the Best out of Me: Lokesh Rahul

India's latest Test sensation Lokesh Rahul spoke to NDTV about his eventful debut series in Australia, his dreams for the future and his hope for India in the World Cup. 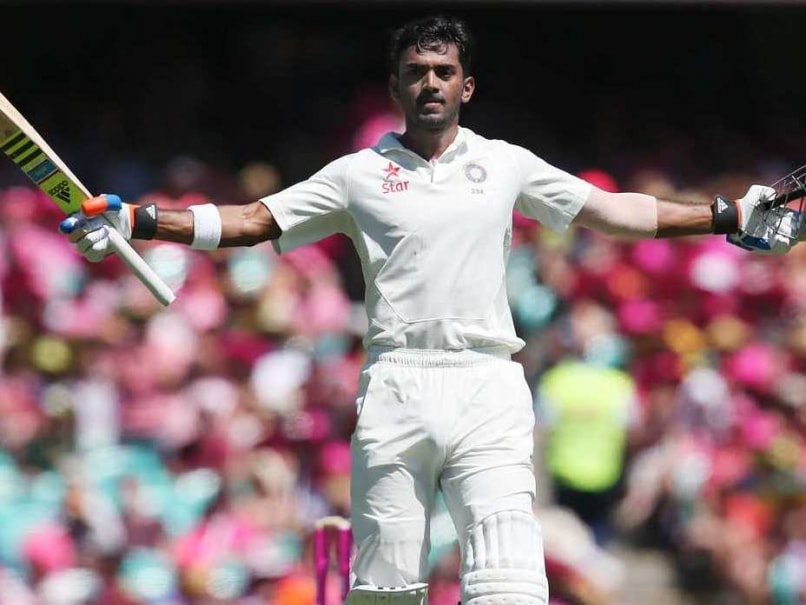 Playing in hostile Australian conditions is never easy. India's latest Test cricketer Lokesh Rahul learnt it the hard way. After a horror debut in the Boxing Day Test, where he scored 3 and 1, Rahul witnessed an "Australian" welcome in his second Test at Sydney where he opened the innings.

"After the first Test performance, it wasn't easy. The Australians were always in my face. They played hard and that brought the best out in me. It was a great learning and fantastic experience," Rahul told NDTV in an exclusive interview.

The youngster, 23, did not let the Aussies get the better of him this time. On the flat track at Sydney, Rahul displayed classical batting to notch up his maiden Test ton.

"I didn't say much to them, I just let my bat do the talking," he said.

On a nervy debut in Melbourne, Rahul was guilty of falling to two rash shots. However, he takes them in his stride and reflects on them as a great learning experience. He credits his teammates who he says were very welcoming and helped him get over his disappointing first Test performance.

"Maybe I was thinking too far ahead on my debut. That was a big learning for me. I got some time before the second Test so I worked on my batting. My teammates backed me a lot. They kept me calm and helped me pick myself up. The only thing on my mind was to give myself sometime in the middle," Rahul said. (Rahul Reveals How His Dad Made Him Watch Dravid, Tendulkar Videos)

"I got to learn a lot about how to be successful in international cricket. I am happy they welcomed me well and gave me good advice. Taught me a lot of things," he added.

Like every young cricketer who makes his way into international cricket, Rahul too dreams of playing for India in all three formats. But he isn't looking too far beyond at the moment.

"My dream is to play for India in all three formats but for now I want to concentrate on my task at hand - the Ranji Trophy. I've been batting well so I am hoping to continue that form"

On India's chances at defending their World Cup crown, Rahul seemed optimistic. He said,"I think India have an excellent ODI team and are the defending champions. I am looking forward to them lifting another World Cup." (Click here for full World Cup coverage)

Comments
Topics mentioned in this article
Lokesh Rahul Aus vs Ind, 2014-15 India Cricket Team Australia Cricket Team Cricket World Cup 2015
Get the latest updates on SA vs IND 2021-22, check out the Schedule and Live Score . Like us on Facebook or follow us on Twitter for more sports updates. You can also download the NDTV Cricket app for Android or iOS.