Ryan Harris has called for pacer friendly pitches during the World Cup after having to bowl on flat pitches in the Test series against India. 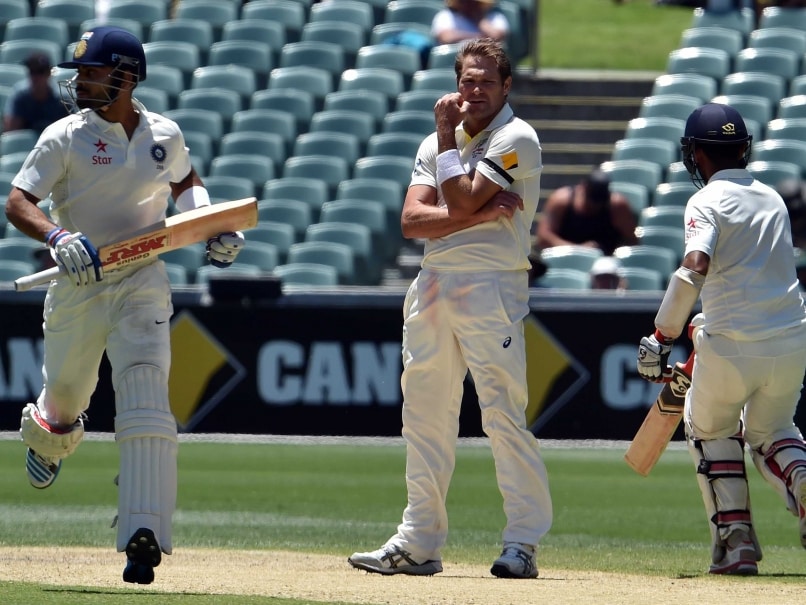 With the World Cup just a month away, Australia pacer Ryan Harris has expressed his disappointment and said he felt like a "bowling machine" on the batsman-friendly wickets.

It was on these wickets that Australia captain Steven Smith and India captain Virat Kohli made tons of runs in the recently concluded Test series, which the home side won 2-0.

"The disappointing thing about the wickets we played on this summer, they were just so flat," Harris was quoted as saying by Cricket Australia (CA).

Harris also added that as bowlers they just wanted pitches that have "a bit of bounce" so that there would be a good contest between bat and ball.

"As a bowler, and we spoke about it during the last Test just how disappointing (it is) not to get a nice wicket, not so much a bowler-friendly green top, but a wicket with a bit of bounce at least where you could bowl a good bouncer," said the 35-year-old.

"The ball in that last Test lasted probably 10 or 11 overs before it was soft and ragged and it was almost reversing. It was a challenge but I like a bit more challenge between bat and ball."

Comments
Topics mentioned in this article
India Cricket Team Australia Cricket Team Ryan Harris World Cup 2015 Aus vs Ind, 2014-15 Cricket
Get the latest updates on Fifa Worldcup 2022 and check out  Fifa World Cup Schedule, Stats and Live Cricket Score. Like us on Facebook or follow us on Twitter for more sports updates. You can also download the NDTV Cricket app for Android or iOS.