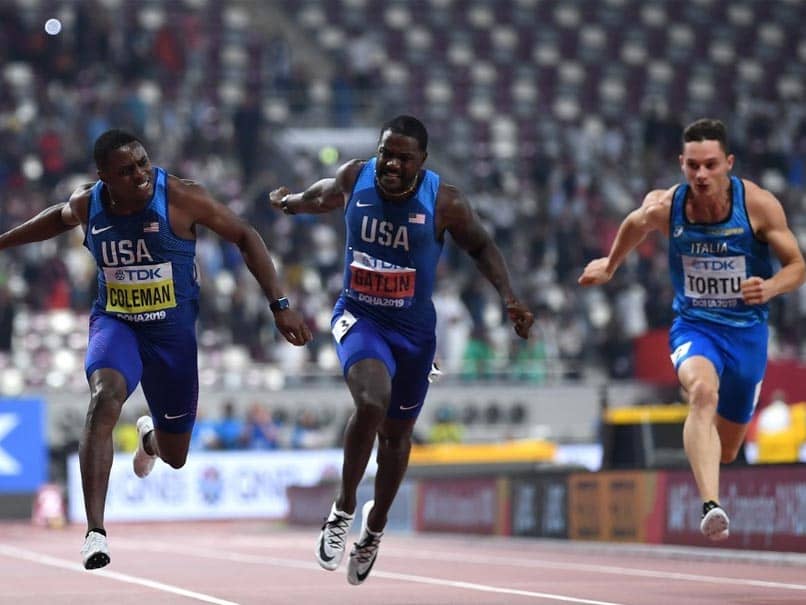 Christian Coleman, US sprinter, stamped his mark on world sprinting on Saturday with a dominant performance to sweep to the global 100 metres title and suggest the heir to retired Jamaican icon Usain Bolt has arrived. The 23-year-old American, who escaped a doping ban earlier this month on a technicality, swept over the finish line in a world-leading personal best of 9.76sec to claim his first major outdoor championship gold medal. Defending World Athletics Championships champion Justin Gatlin took silver in 9.89sec at the age of 37 while Canada's Andre De Grasse claimed bronze in 9.90sec.

It completed a flawless championship campaign for Coleman, who had been the only man to duck under 10 seconds in both Friday's opening rounds and Saturday's semi-finals.

Coleman has angrily denied any suggestion he is guilty of taking performance-enhancing drugs.

Coleman let out a roar of triumph as he crossed the line ahead of Justin Gatlin before punching the air in jubilation after a performance which makes him the sixth fastest man in history.

"It is an incredible time, it is a PR for me. I think the sky's the limit, I think I still have a lot of things I can work on and improve, I think I can keep dropping my time," the indoor 60 metres world record holder said.

Coleman may be just starting to accrue titles but Jamaica's Shelly-Ann Fraser-Pryce suggested a fourth 100m women's world crown is on the cards on Sunday.

There were also first world titles for Ethiopia-born naturalised Dutch distance runner Sifan Hassan in the 10,000m and DeAnna Price of the United States, who celebrated victory in the women's hammer.

Price, 26, has only one kidney and suffered several serious injuries down the years.

"I didn't even think I was going to compete this year," Price said after her win. "I was in a lot of pain. I couldn't even throw over 70 metres."

The 23-year-old Gayle launched himself 8.69m with his fourth attempt while Cuba's Echevarria only managed 8.34m for bronze.

Day two concluded with all eyes on the men's and women's 50km walk races, with organisers nervously monitoring the progress of athletes chasing medals in sweltering conditions.

The walks took place 24 hours after a casualty-filled women's marathon, where 28 of 68 starters failed to finish.

However despite steamy conditions on Qatar's waterfront course, the two races largely passed off without the sort of scenes that dogged the marathon, where several exhausted athletes were taken away from the course on stretchers.

The men's race was won by Yusuke Suzuki, who became the first Japanese athlete to win the 50km men's race.

The women's race saw a Chinese 1-2 with Liang Rui taking gold in 4hr 23min 26sec and Li Maocuo the silver.

The IAAF's decision to award the championships to Doha came under renewed scrutiny following the marathon carnage, with French decathlon world champion Kevin Mayer adding his voice to the criticism on Saturday.

"Clearly by organising the championship here, they (the IAAF) didn't put the athletes first, they've mostly put them in jeopardy," said Mayer.

"Even if people aren't saying it out loud, it's obvious it's a catastrophe."