Chris Gayle always entertains his fans be it on the field or off it. 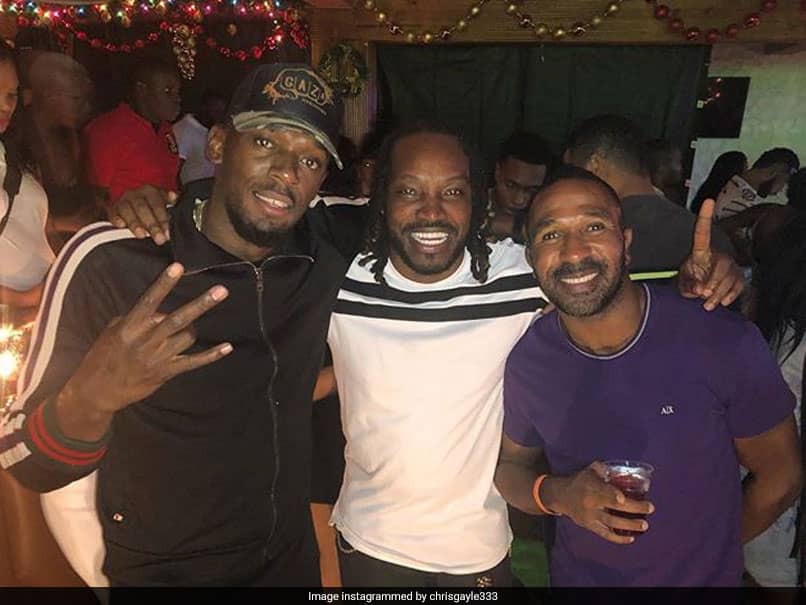 Chris Gayle, fondly known as Universe boss, met sprint legend Usain Bolt and retired Jamaican footballer Ricardo Fuller. The swashbuckling Windies opener Gayle, made the most of the meeting, by posting a picture on Instagram. In the picture, Gayle can be seen enjoying himself in a party along with Bolt and Fuller -- who were in all smiles. Bolt and Fuller had represented Jamaica in athletics and football respectively while Gayle represents West Indies in cricket. The 39-year-old Gayle captioned the picture as "stars among stars."

Gayle has never missed an opportunity to entertain the spectators, be it on the field or off it. On the field, he is known for his quick-fire knocks and six hitting abilities while off it the 'Universe Boss' keeps his fans entertained by posting pictures related to his life.

The veteran opening batsman had earlier took to Instagram to post a picture of himself posing on a police motorcycle in Mumbai.

Gayle in the picture was seen enjoying some downtime in the "maximum city" of India with the police officers standing behind him in all smiles. He also did not miss an opportunity to show his love for India and said that he is grateful, thankful and loves India.