India registered their third consecutive win to book a place in the semi-finals of the Asian Games. 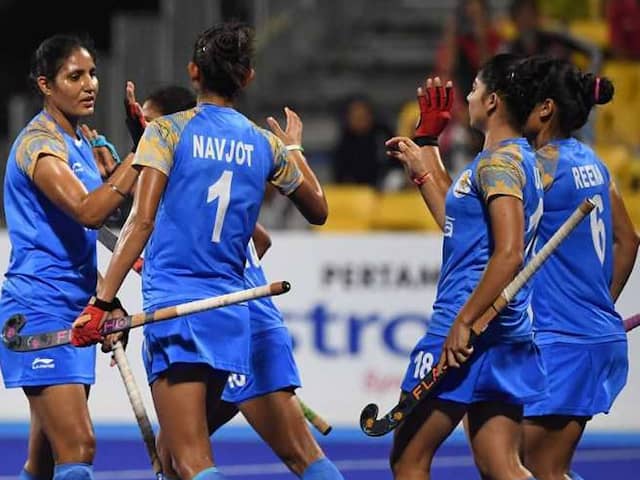 Gurjit Kaur struck twice as the Indian women's hockey team beat title holders South Korea 4-1 to register its third consecutive win and also book a place in the semi-finals of the Asian Games on Saturday. India scored three goals in as many minutes in the fourth quarter to emerge winners in the Pool B encounter after both the sides were locked at 1-1 till the 53rd minute. Navneet Kaur gave India the lead with a field strike in the 16th minute which was neutralised by Korea's Yurim Lee (20th) by converting a penalty stroke.

With both the sides desperately searching for the winner, Gurjit (54th, 55th) converted two penalty corners for India before Vandana Katariya (56th) scored a field goal to take the game away from the Koreans.

World no. 9 India were by far the better side on display as they controlled the proceedings for most part of the game. The Koreans, ranked 10, on the other hand, played well in patches and relied more on counter attacks to stun the Indians.

But Korea failed to get the better of the Indian defence, barring one moment when they conceded the penalty stroke.

By virtue of this win, India has secured its place in the last four round of the Games with three victories out of as many games. India are leading Pool B with nine points from three wins ahead of South Korea (6 points) and Thailand (3 points).

India will square off their pool engagements against Thailand on August 27. Meanwhile in the men's competition, defending champions India will take on South Korea in Pool Aon Sunday.

Comments
Topics mentioned in this article
Asian Games 2018 Hockey India Women Other Sports
Get the latest Cricket news, check out the India cricket schedule, Cricket live score . Like us on Facebook or follow us on Twitter for more sports updates. You can also download the NDTV Cricket app for Android or iOS.