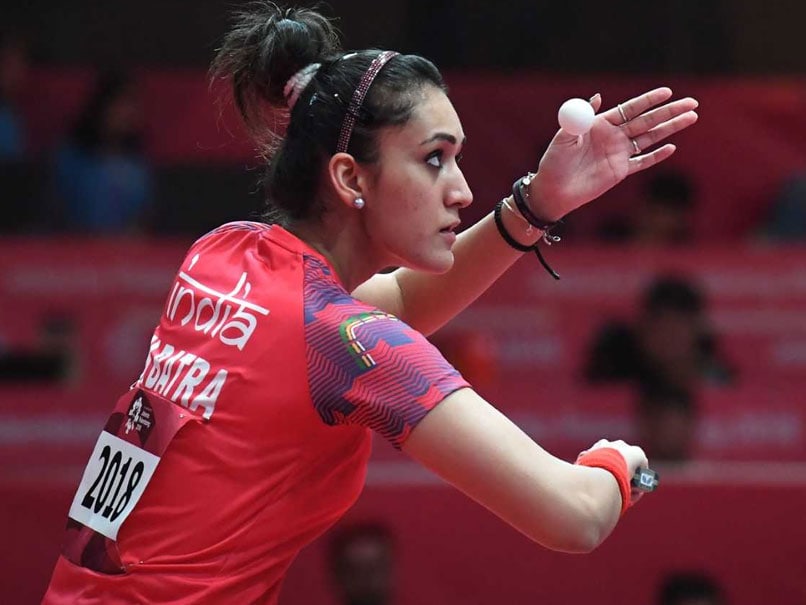 Placed at the fifth position in the world rankings, Wang dominated the match throughout, except for a brief blip when she lost the fourth game. In the first game, the Chinese raced away to a 6-0 lead before Manika could take her first point. Manika continued to struggle as Wang took the opening game rather easily.

Manika played much better in the second game. Although the Chinese took the early advantage, Manika fought back to take the lead at 6-4. But she could not hold on to te lead as the Chinese drew level at 8-8 before edging ahead at 9-8.

With two game points in her kitty at 10-8, the Chinese easily took the winning point easily to clinch the second game as well. Wang took te early initiative in the third game as well. Down 1-4 at one stage, Manika fought back to reduce the gap to single point.

But Wang was too strong technically and Manika did not help her own cause by committing several unforced errors as the Chinese took the third game as well.

Needing to win the fourth game to stay in the contest, Manika opened up a 7-0 lead. But three unforced errors by Manika handed a lifeline to Wang who tried hard to stage a comeback. But Manika held on to win the game and keep her hopes alive. But Wang easily won the fifth game to book a place in the quarter-finals.

Comments
Topics mentioned in this article
Asian Games 2018 Table Tennis
Get the latest updates on IPL Auction 2023 and check out  IPL 2023 and Live Cricket Score. Like us on Facebook or follow us on Twitter for more sports updates. You can also download the NDTV Cricket app for Android or iOS.