Steve Smith scored 293 runs in the Manchester Test to help Australia beat England and retain the Ashes for the first time since 2001. 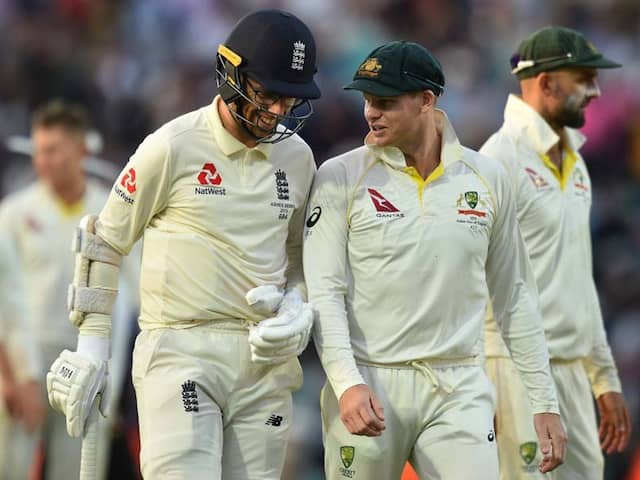 Steve Smith has been exceptional since his return to Test cricket in the ongoing Ashes series. Smith has scored 671 runs in five innings so far in the five-match Test series, helping Australia retain the Ashes for the first time in 18 years. The 30-year-old right-hander returned to Test cricket after serving a 12-month ban for the infamous ball-tampering scandal in South Africa, that saw Smith along with David Warner and Cameron Bancroft receiving bans from all forms of cricket for a year. After Smith's heroics with the bat in Ashes 2019, English county club Somerset Cricket took to Twitter to poke fun at Steve Smith on Friday. Somerset shared a picture of Jack Leach with Steve Smith with the caption "One of the greatest batsmen of this generation having a chat with Steve Smith at the Oval this evening."

One of the greatest batsmen of this generation having a chat with Steve Smith at the Oval this evening #WeAreSomerset pic.twitter.com/URJFpcWpXv

Earlier, Smith received criticism from England fans after a picture of him mimicking Jack Leach went viral on social media. According to various reports in English media, after the win in Manchester, Smith was seen shadow batting left-handed while wearing glasses in the middle of a team huddle.

After his return, Smith has jumped back to the number one spot in Test rankings for batsmen. Smith is averaging 134.20 in the Ashes and is 297 runs ahead of the second-best batsman in the series, Ben Stokes who has 374 runs to his name in nine innings.

In the series, Australia have won two Test matches out of four while England managed to register a win at Headingley, thanks to Ben Stokes' heroics with bat and ball.

Steven Smith Jack Leach
Get the latest Cricket news, check out the India cricket schedule, Cricket live score . Like us on Facebook or follow us on Twitter for more sports updates. You can also download the NDTV Cricket app for Android or iOS.