Ashes 2019: Steve Smith Not "Technically Correct" But Will Be Special By Career End, Says Glenn McGrath 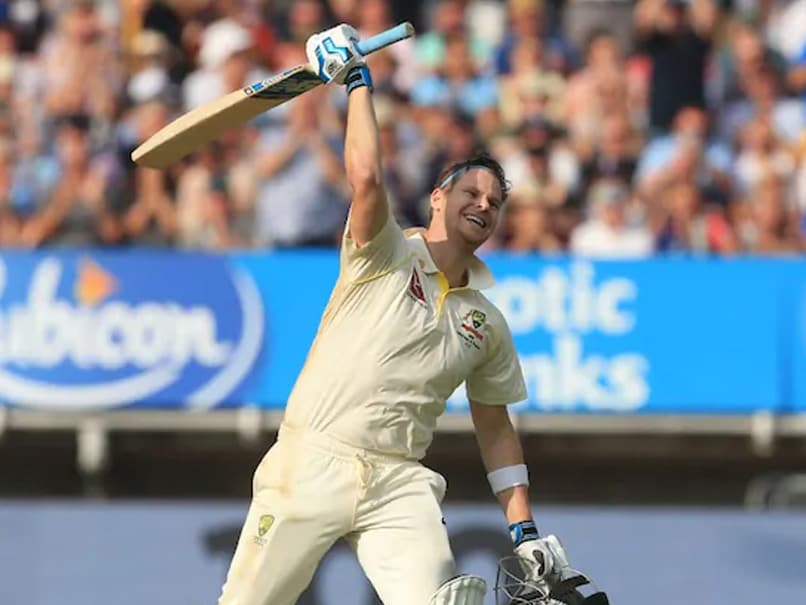 Steve Smith, playing his first Test after serving a 12-month ban for his involvement in a ball-tampering scandal, dominated the first Ashes Test, scoring centuries in both the innings which were instrumental in Australia's win in Birmingham. Apart from helping Australia register a thumping victory in the Ashes opener, Steve Smith's back-to-back centuries also helped him enter the record books and close in on top-two Test batsmen in the ICC rankings. After his fabulous knocks, Steve Smith received praise from all around the globe, including many former and current players.

Former Australia fast bowler Glenn McGrath, who is currently the head of MRF Pace Foundation, believes although Smith is not a "conventional and technically correct batsman", he will be "pretty special by the end of his career".

"He will be pretty special by the end of his career, he has got an average of more than 60. He is not your conventional, technically-correct batsman. He is one of the very few batsmen who can adapt his game according to the conditions on offer," said McGrath.

McGrath said Smith's twin hundreds in the opening Ashes Test was an example of what mental fortitude means after having gone through an extremely rough phase.

"You have to go out there and let the bat do the talking. It's been 16 or 17 months since what happened in South Africa, it's time to be left in the past. The crowd was giving Smith a pretty hard time. For him to come out there and perform shows the mental strength he has," McGrath told reporters in Chennai.

McGrath believes that it was the hunger to succeed having lost out a year of Test cricket that was evident in his batting.

"He (Smith) just went out there and looked at ease, he looked like he had so much more time than anyone else in the whole match. That episode made him a lot hungrier. Those were couple of special innings, they meant a lot to him and the rest of the team," he added.

McGrath said the Aussies team selection for the first Test against England was probably a 'horses for courses' approach and he expects Mitchell Starc and Josh Hazelwood to play a part in the remaining games.

On the comparison between Smith and the Indian skipper Virat Kohli, McGRath agreed that they are the two best players in the world but entirely different in their approach.

"They are the world's best at the moment. In the new breed, it used to be these two, Joe Root and Kane Williamson. Root is not quite his old self, while Williamson is quality. If you just pick Smith and Kohli, they are two totally different batsmen," he added.

For a talent like Rohit Sharma, he still has some time left and McGrath doesn't see why he can't translate his white ball form in red ball arena.

"Rohit is a class player. I have always been surprised why his longer version stats have not been as good as his ODI numbers. He has got good technique, seems to have a good temperament. He is a quality player. I see no reason why he shouldn't be successful in Test cricket too," he added.

About the forthcoming Test series between India and West Indies, which will be part of the World Test Championship, the Aussie great said the West Indies won against England earlier this year but will need to be at their best to challenge India.

McGrath said he quite liked the idea of players wearing names and numbers on their white flannels in Test matches.

"I actually don't mind it. It's good especially for people who are getting interested in the game. Some of the players stand out (even without numbers), but others not so much. McGrath's compatriots Brett Lee and Adam Gilchrist had criticised the innovation by calling it "ridiculous" and "rubbish" respectively.

Australia Cricket Team The Ashes 2019 Cricket
Get the latest updates on Fifa Worldcup 2022 and check out  Fifa World Cup Schedule, Stats and Live Cricket Score. Like us on Facebook or follow us on Twitter for more sports updates. You can also download the NDTV Cricket app for Android or iOS.