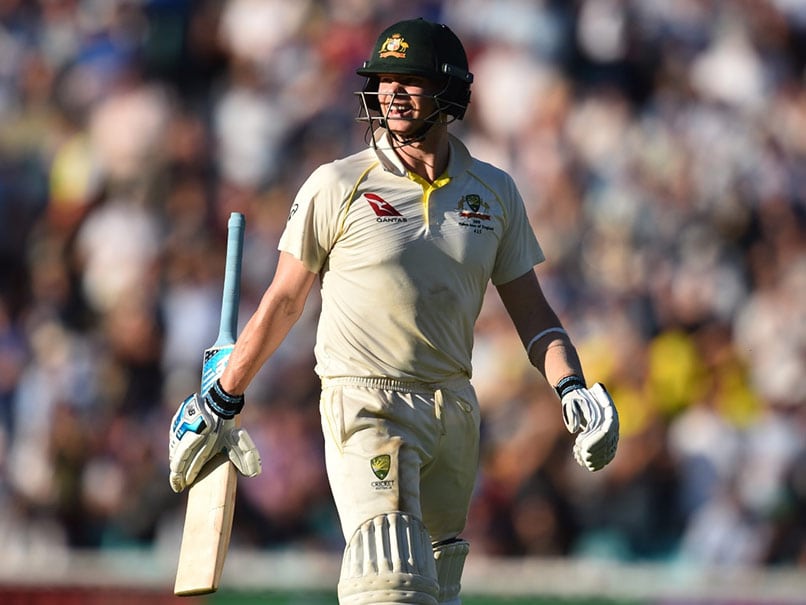 Steve Smith's peerless performance in the Ashes 2019 changed the England fans' boos into a standing ovation. Steve Smith was booed and jeered mercilessly by the English fans during the World Cup 2019for being a part of the infamous ball-tampering scandal. The English fans continued to target Steve Smith and his Australia teammate David Warner during the ongoing Ashes. However, Steve Smith, shut his critics after scoring 774 runs at an average of 110.57, including three tons and three fifties in the Ashes 2019. His critics included the English fans, who rose to a standing ovation, after Smith fell for 23 runs in the second innings of the final Ashes Test.

Prominent English journalist Piers Morgan also took note of the fact and tweeted, "The bat, it transpires, is mightier than the sandpaper".

BREAKING: Steve Smith is mortal.
He was mercilessly booed when he came to England this summer.
He departs to a standing ovation.
What a player & what an extraordinary rehabilitation..
The bat, it transpires, is mightier than the sandpaper. https://t.co/urIodEUSIB

Smith's 23-run knock at the Oval is the first time he was dismissed before reaching a half-century in the Ashes 2019.

Though Australia have already retained the Ashes, Smith's dismissal, left the visiting side in a spot of bother. Australia were at 85/4, chasing a target of 399 runs, when Smith was sent back by Stuart Broad.

Steven Smith Cricket
Get the latest updates on ICC Women's Cricket World Cup 2022 and IPL 2022, check out the Schedule , Live Score and IPL Points Table. Like us on Facebook or follow us on Twitter for more sports updates. You can also download the NDTV Cricket app for Android or iOS.