Steve Smith, David Warner and Cameron Bancroft will be making a comeback into the Australian Test squad after being ousted for the infamous ban post the ball-tampering scandal in South Africa. 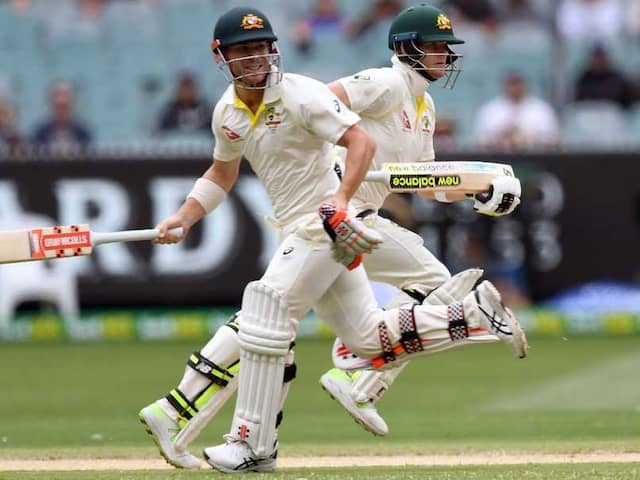 Steve Smith and David Warner were both given 12-month suspensions by Cricket Australia.© AFP

Steve Smith, David Warner and Cameron Bancroft have been selected for their first Test tour since the ball-tampering scandal as Australia announced a 17-man squad for the Ashes series in England on Friday. All three batsmen served lengthy bans for their roles in the infamous scandal in South Africa last year. Former captain Smith and his then deputy Warner were both given 12-month suspensions by Cricket Australia, while Bancroft was banned for nine months. Tim Paine will continue to lead Australia in the longest format of the game, while limited-overs skipper Aaron Finch failed to make the cut.

The five-Test series starts at Edgbaston in Birmingham on August 1, with holders Australia looking to win their first Ashes series in England since 2001.

"It has been a difficult task to reduce the 25-player squad here in Southampton down to 17 and those who have not made the final Ashes party are all desperately unlucky," national selector Trevor Hohns was quoted as saying by cricket.com.au.

"However, that problem also highlights that we have a degree of depth to select from and that is a terrific positive.

"We have had excellent preparations for this series, with eight players from this squad forming part of the Australia A tour that has been in the UK for more than a month, six who took part in the ICC Cricket World Cup, and three who have been playing county cricket. It means the players are acclimatised and ready for the first Test."

Matthew Wade and Marnus Labuschagne have also earned selection on the basis of their starring performances on the domestic level and on the Australia A tour of England.

David Warner Cameron Bancroft The Ashes 2019 Cricket
Get the latest Cricket news, check out the India cricket schedule, Cricket live score . Like us on Facebook or follow us on Twitter for more sports updates. You can also download the NDTV Cricket app for Android or iOS.