Ricky Ponting took a potshot at the umpiring standards during the opening Ashes 2019 Test. 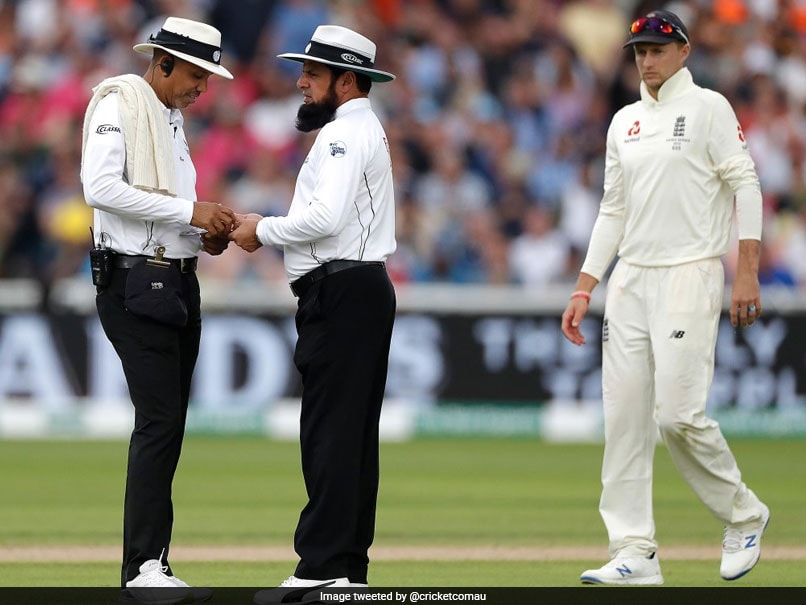 The on-field umpires for the first Ashes Test are Joel Wilson and Aleem Dar.© Twitter

Ricky Ponting, who led Australia to the 2006-07 Ashes triumph from the front, took a potshot at the umpiring standards during the opening Ashes 2019 Test in Birmingham. Australia rode on a 144-run knock by Steve Smith to score 284 following a series of incorrect umpiring decisions on Day 1. Former Australia captain Ricky Ponting believed the game has come far enough to get rid of "neutral umpires". "I would like to think the game has come far enough now for the game to not have neutral umpires," Ricky Ponting told cricket.com.au.

"People might say that with all the technology we've got now, it doesn't matter that much. But it's not a good spectacle when pretty obviously wrong decisions are made. There's been a lot a negativity about the DRS over the years, but we're pretty lucky that we had it last night," he added.

The on-field umpires, Joel Wilson and Aleem Dar, gave as many as seven wrong decisions on Day 1. Out of all, five decisions were overturned with the help of DRS, though David Warner and James Pattinson were unlucky as they decided not to opt for the DRS despite being not out.

"It's already been spoken about a lot among the players. If it's not brought up (at that next MCC meeting), I'll make sure it's added to the agenda," Ponting said.

The 44-year-old added that talented umpires like Australia's Simon Taufel will not have to retire early if the game could get away with such a rule.

"Surely (English umpire) Richard Kettleborough and the like would want to be umpiring the best series. The best umpires can end up missing out on all the big tournaments," Ponting said.

"It could force umpires into retirement a bit early as well when someone like (former Australian umpire) Simon Taufel is spending most of his life (overseas), which is a bit harder than spending your time in Australia," he added.

"England are bowling very well. The umpiring has been horrific from ball 1 & so has the reviews process of the right ones from Australia," Warne tweeted.

Update ! England are bowling very well. The umpiring has been horrific from ball 1 & so has the reviews process of the right ones from Aust. And the batting has lacked any intent as the Australians have looked nervous, all this equals 119/7 !

Resuming the second day from where they left, the umpires gave wrong decisions on two occasions in the first session.

It was Joel Wilson who first gave Rory Burns not out on an LBW appeal when he was actually out and later Joe Root was adjudged caught behind when the ball had kissed the bails to land in wicket-keeper's gloves.

England Cricket Team Ricky Ponting The Ashes 2019 England vs Australia, 1st Test Cricket
Get the latest updates on ICC T20 Worldcup 2022 and CWG 2022 check out the Schedule, Live Score and Medals Tally. Like us on Facebook or follow us on Twitter for more sports updates. You can also download the NDTV Cricket app for Android or iOS.