Jofra Archer has been quite a find for England as he has been a handful for the Australian batsmen. 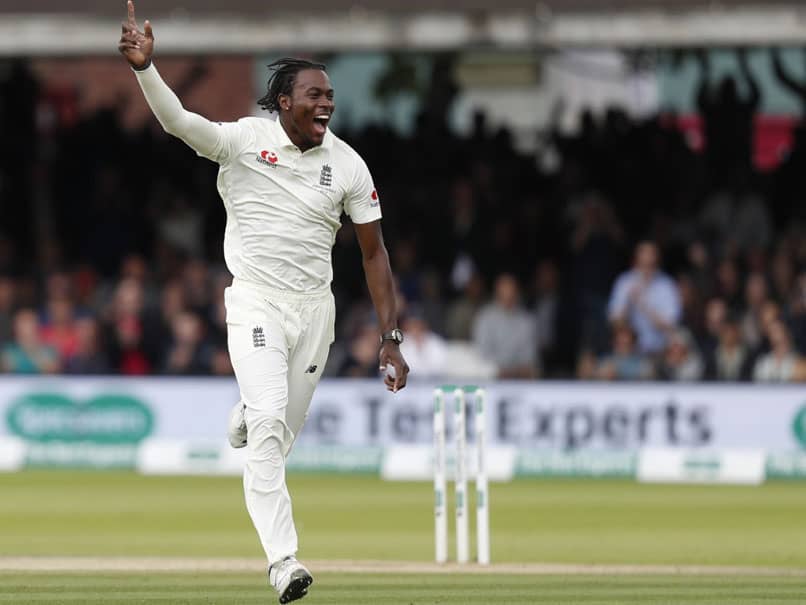 England captain Joe Root is very satisfied with his team's performance in the recently concluded second Ashes Test at Lord's. Joe Root heaped praise on England's star pacer Jofra Archer, who made his Test debut in the second Ashes Test, saying that he had lived up to the expectations, shaking up things in his first Test. Root said that Archer added different dynamic to England bowling. The second Ashes Test ended in a draw with Archer claiming five wickets in the match.

"It's pleasing to see someone come in on Test debut, shake up things and live up to the hype - even some of the hype he put on himself," the ICC's official website quoted Root as saying after the match ended.

"He's come in and made a massive impact. He's added a different dynamic to our bowling group and given Australia something different to think about," Root added.

Praising Archer's "unique action and natural pace", Root said that Archer was a winner on the field and could turn the game in team's favour.

"He makes things happen when not many others in world cricket can, with such a unique action and natural pace, which is always in the game on any surface," Root said. "It's always nice when you're stood at slip and not batting against him.

"He's very different to other options that we've had previously in this team, and on a different surface, which might nibble and swing a little bit more to add that into a quartet, it's a really big bonus for the team," the skipper explained.

"You always feel like you've got something different to turn to," he added.

Archer, who bowled the Super Over against New Zealand in World Cup 2019, had played a major role in England's victory in the tournament. Jofra Archer made his debut in red-ball cricket after England ace pacer James Anderson was ruled out of the second Ashes Test owing to injury. He announced his arrival in Tests with some fiery spells and scalping crucial wickets.

Joe Root The Ashes 2019 England vs Australia, 2nd Test Cricket
Get the latest updates on IPL 2021, IPL Points Table , IPL Schedule 2021 , live score . Like us on Facebook or follow us on Twitter for more sports updates. You can also download the NDTV Cricket app for Android or iOS.