Tim Paine said he was "certainly one of those people who made mistakes" in Australia's one-wicket loss to England in the third Ashes Test. 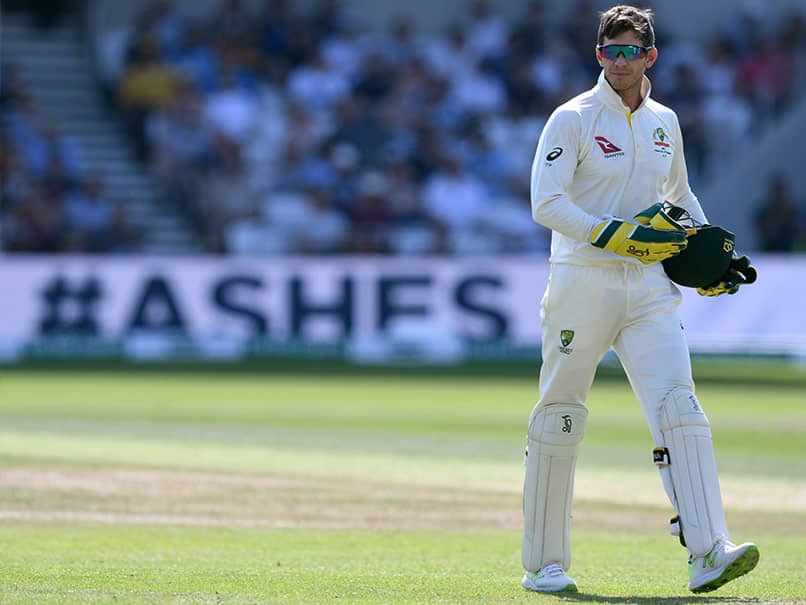 Tim Paine faced criticism for the way he led his side in the field during the third Test.© AFP

Tim Paine, the Australian captain who failed to keep a 1-0 lead in Ashes 2019 intact, said he was "certainly one of those people who made mistakes" in Australia's one-wicket loss to England in the third Ashes Test in Leeds last week. In response to a statement made by England fast bowler Jofra Archer that the tourists "panicked" during their loss at Headingley, the wicketkeeper-batsman said the Barbados-born fast bowler "is entitled to his opinion". Tim Paine added that Australia are "ready for another great Test match", fourth of the five-match series, starting on Wednesday in Manchester.

Paine's team were on course for a victory that would have seen Australia retain the Ashes at 2-0 up with two to play only for Ben Stokes's stunning 135 not out and an improbable last-wicket stand with Jack Leach to see England to a dramatic win.

Paine faced criticism for the way he led his side in the field during the closing stages of the match and the wicket-keeper has since accepted he made mistakes with his field placings.

But speaking to reporters on Tuesday -- the eve of the fourth Test at Old Trafford -- Paine insisted Australia had not lost their nerve at Leeds and bristled at talk they had "choked".

"No. Jofra is entitled to his opinion -- he's had plenty of those that's for sure -- but as I said, we made some mistakes," Paine said.

"It happens. We have addressed it as a team.

"I was certainly one of those people who made mistakes. We move on and we are here ready for another great Test match," added Paine, who worked with former Australia wicketkeeper Ian Healy during training on Tuesday.

"I would do some things differently with my field placings. As I said, the mistakes have been made. We have learnt from it."

Jofra Archer
Get the latest updates on India vs Australia Series, check out the India vs Australia Schedule for 2020-21 and Ind vs Aus live score . Like us on Facebook or follow us on Twitter for more sports updates. You can also download the NDTV Cricket app for Android or iOS.