England were 267/4 at stumps on the second day of the first Test, just 17 runs behind Australia's first-innings total of 284. 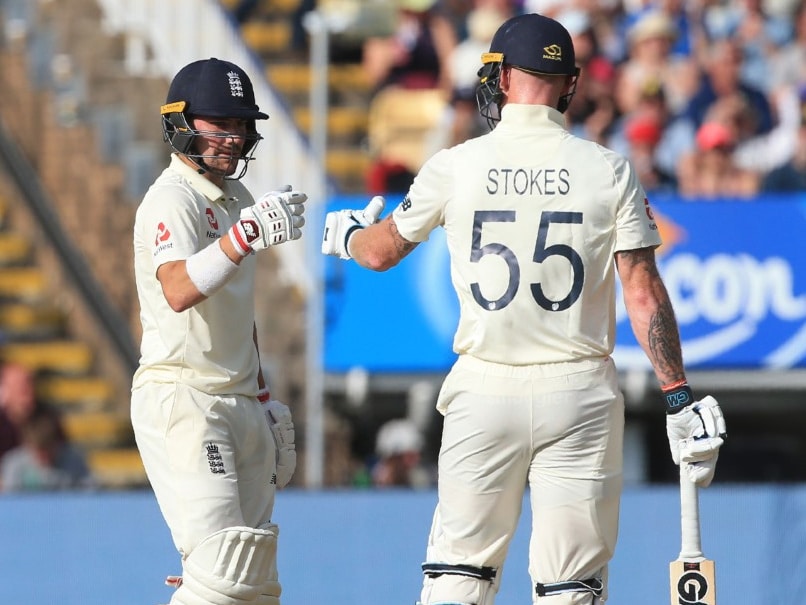 Rory Burns' unbeaten maiden Test century saw him defy Australia for more than six-and-a-half hours as he led a determined England batting effort in the Ashes opener at Edgbaston on Friday. England were 267/4 at stumps on the second day of the first Test, just 17 runs behind Australia's first-innings 284. Ashes debutant Burns was 125 not out, with the Surrey left-handed opener, whose innings started on Thursday, receiving a huge ovation from the crowd as he walked off. England vice-captain Ben Stokes was 38 not out, having helped Burns add an unbroken 73. Australia's total had been built on a superb 144 from Steve Smith in the former captain's first Test since a 12-month ban for his role in a ball-tampering scandal in South Africa.

England, dismissed for just 85 in the first innings of their Test win against Ireland at Lord's last week, resumed on 10/0 with Burns four not out and Surrey team-mate Jason Roy on six.

But he never looked comfortable on Friday and, on 10, he edged fast bowler James Pattinson low to Smith at second slip, with England then 22/1.

Captain Joe Root had returned to No 3 in a bid to lead from the front.

The star batsman had an even luckier break on nine when given out caught behind off Pattinson only for his review to reveal the ball had hit the off stump without dislodging a bail.

Meanwhile Burns was content to pick off anything loose, including an over-pitched ball from Pat Cummins he on-drove for four.

Root had another moment of good fortune when given out lbw to recalled paceman Peter Siddle on 14.

But in a match already full of overturned decisions, his immediate review revealed an inside edge.

Root cashed in as he too, like Burns, completed a 110-ball fifty.

But frustratingly for Root, whose conversion rate of fifties to hundreds is relatively poor -- 42 to 16 -- he fell soon afterwards when he chipped a Siddle slower ball back to the bowler, who took a fine one-handed catch to end a second-wicket partnership of 132.

Australia's pacemen allowed Burns, who unusually tilts his head towards the right before every ball he faces in a bid to compensate for a dominant left eye, to settle by repeatedly bowling around the wicket and so feeding him runs on the legside.

By the time they went over the wicket to him, Burns was well set.

Nevertheless Burns, whose previous highest score in eight Tests was the 84 he made against the West Indies at Bridgetown in January, still spent 36 balls in the 'nervous 90s'.

But a quick single off Lyon eventually saw Burns, the man whom England hope will fill a position at opener that has become even more of a problem for them since their all-time leading run-scorer Alastair Cook's international retirement last year, to three figures in 224 balls including 14 fours.

Earlier, Burns could only watch as Joe Denly and Jos Buttler fell cheaply after tea to leave England 194/4.

The left-handed batsman hit several boundaries off second-string bowling on a sunny afternoon as Australia looked to speed up their over-rate.

And when the tourists took the new ball on a relatively placid pitch, Stokes drove Cummins down the ground for four to huge cheers from fans in the raucous Hollies Stand.

Australia hold the Ashes but they have not won a Test series away to England in 18 years.

Edgbaston, Birmingham The Ashes 2019 England vs Australia, 1st Test Cricket
Get the latest updates on ICC T20 Worldcup 2022 and CWG 2022 check out the Schedule, Live Score and Medals Tally. Like us on Facebook or follow us on Twitter for more sports updates. You can also download the NDTV Cricket app for Android or iOS.