Lionel Messi missed the penalty for Argentina in the sixty-fourth minute of the game. 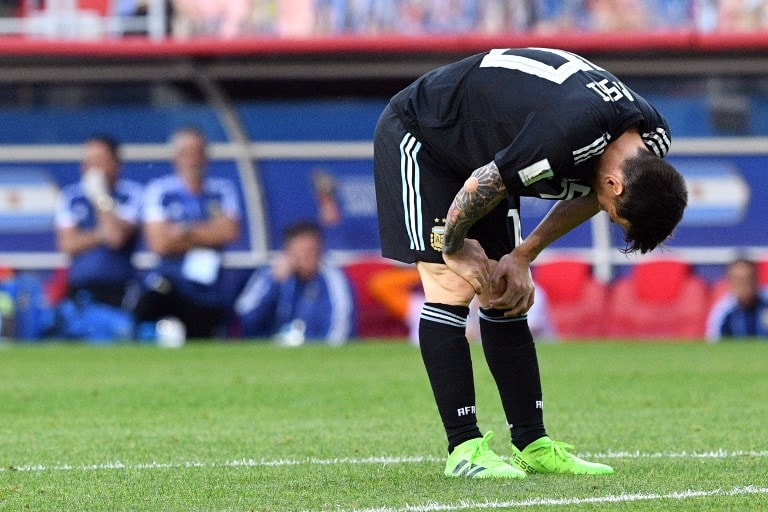 Iceland, who were appearing in their maiden World Cup, on Saturday stunned the football fans in Otkritie Arena and around the world with a 1-1 draw against one of the title favorites Argentina. Even with a massive possession percentage of 72, Argentina failed to score after the initial stunner from Kun Aguero in the 19th minute. Apart from the disappointing final score-line, Lionel Messi's failure to score off a penalty became an even bigger talking point for the Argentinian fans. The 30-year-old superstar too regretted the missed opportunity that could have led his team to a victory in their opening match of the tournament. "It hurts to have missed the penalty, because it would've been the decisive advantage," disappointed Messi said after the match.

The match featured two first-half goals and the second half turned out goalless for both the teams. Talking on the draw, Messi hailed the performance of the Icelanders "We weren't thinking about starting with one point from the first match, but it's the first match. No one gives anything away. It's a very even World Cup and you're seeing that, because all the games are very close," said Messi.

Missed penalty from Messi proved to be the decisive factor in the match but the skipper also asserted that the draw had not dampened the team's hopes in the tournament. "We haven't lost hope despite the draw. We still have the same desire. I think we deserved to win. We tried to find spaces in the Iceland defense, but we couldn't find them," FC Barcelona talisman added.

Speaking on the morale of the team after a disappointing draw against the rookies, Messi denied that the draw would affect the team in its next Group D contest against Croatia on Thursday. "We have some days to rest and get well-prepared for the match," said the skipper.