Chamu Chibhabha smashed a 51-ball 67 and Graeme Cremer claimed three for 18 to help Zimbabwe beat India in the final T20I of the series. 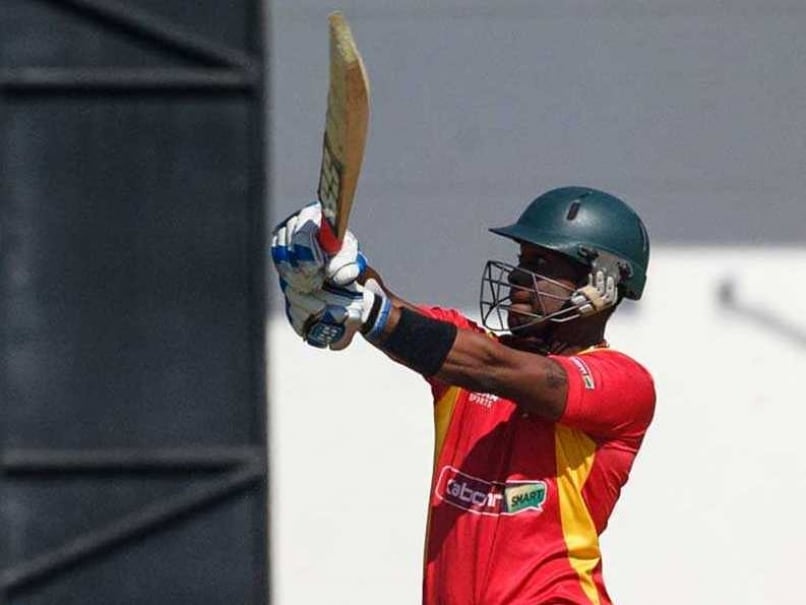 Chamu Chibhabha in action against India in the second and final T20I.© AFP
Harare:

A measured half century from opener Chamu Chibhabha propelled Zimbabwe to their first ever Twenty20 victory over former world champions India by 10 runs on Sunday.

After electing to bat, Zimbabwe posted 145 for seven in their 20 overs, with Chibhabha's 67 from 51 balls the major contributor.

India made a fast start in reply but lost momentum after losing three wickets in nine balls to finish on 135 for nine from their allotted overs.

The result allowed the hosts to tie the series 1-1.

Chibhabha struck nine fours on his way to his highest Twenty20 international score, with no other Zimbabwe batsman reaching 20.

Robin Uthappa looked as though he was leading India to a series win when he raced to 42 from 25 balls but the tourists slumped to 61 for four when he was caught and bowled by Sean Williams.

Leg-break bowler Graeme Creamer was the pick of the home bowlers as he picked up three for 18 in his four overs.

Comments
Topics mentioned in this article
India Cricket Team Zimbabwe Cricket Team Bhuvneshwar Kumar Mohit Sharma Chamu Chibhabha Ind in Zim, 2015 Harare Sports Club, Harare Cricket
Get the latest updates on Fifa Worldcup 2022 and check out  Fifa World Cup Schedule, Stats and Live Cricket Score. Like us on Facebook or follow us on Twitter for more sports updates. You can also download the NDTV Cricket app for Android or iOS.