India lost to Zimbabwe in a T20 match for the first time as the two match series ended 1-1 on Sunday. 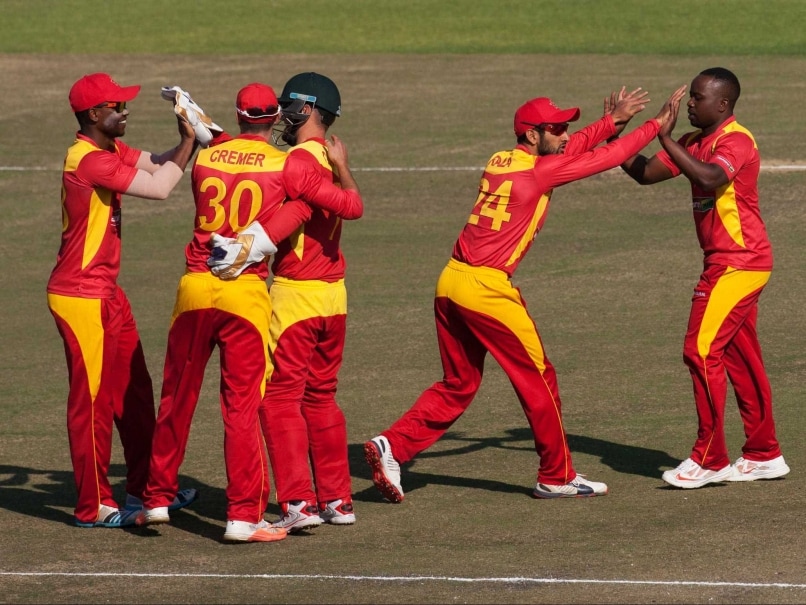 Zimbabwe recorded their first-ever win over India in a T20.© AFP
Harare:

Zimbabwe lost the three-match One-Day international series 0-3 and then went down in the first T20 match but bounced back superbly to claim the second T20 by 10 runs at Harare Sports Club here on Sunday.

"We have to give credit to Zimbabwe. I thought they played really well today. Their bowling and fielding was really up to the mark," Rahane was quoted as saying by bcci.tv on Monday.

The Indian captain also believes losing three-four quick wickets gave Zimbabwe back the momentum which they held onto till the end. Chasing a target of 146 runs, India batting floundered and could only manage 135.

"Since we lost those three-four wickets, it automatically gave them the momentum and pumped them up. Their energy was good. The way their spinners bowled, it brought them back in the game," he said. ('We were sick and tired of losing to big teams')

"They mixed up their pace well and used the slowness of the wicket to their advantage. We also had two run-outs and they took two very good catches."

India were jolted at the very beginning of their run chase as Rahane was run out in the first over. Robin Uthappa (42) and Murali Vijay (14) steadied the innings with a 53-run partnership.

India then lost three wickets in the next three overs, which put their chase in jeopardy. With 45 required off the last six overs, the captain said India still believed they could pull off a win.

"Robin and Vijay were batting very well. We were 57 for one after six overs and then lost the momentum. We couldn't get another partnership going to wrest back the control. We accept that we didn't bat well," he said.

"It was still gettable with six overs left and we all believed it was. One or two good overs could have made things easy for us. But losing wickets put us behind the required run-rate."

Rahane, though disappointed after the loss, was pleased with the quality of cricket played by his team on the tour.

"I am happy with the kind of cricket we played overall in the series but disappointed with the loss today," Rahane said.

"We did well as a batting unit - (Ambati) Rayudu and (Kedar) Jadhav got hundreds, (Murali) Vijay and I got fifties. But we can still improve and the guys will have to lift their games further. It is good to have a healthy competition for places in the side and we all enjoy that. I am sure this will help Indian cricket get better day by day."

Comments
Topics mentioned in this article
Ajinkya Rahane Ind in Zim, 2015 India Cricket Team Zimbabwe Cricket Team Cricket
Get the latest updates on Fifa Worldcup 2022 and check out  Fifa World Cup Schedule, Stats and Live Cricket Score. Like us on Facebook or follow us on Twitter for more sports updates. You can also download the NDTV Cricket app for Android or iOS.