India vs Zimbabwe: We Were Sick and Tired of Losing, Says Stand-in Skipper Sikander Raza

India, who lost to Zimbabwe for the first time in a T20 match, went down by 10 runs in the second game as the series ended 1-1. 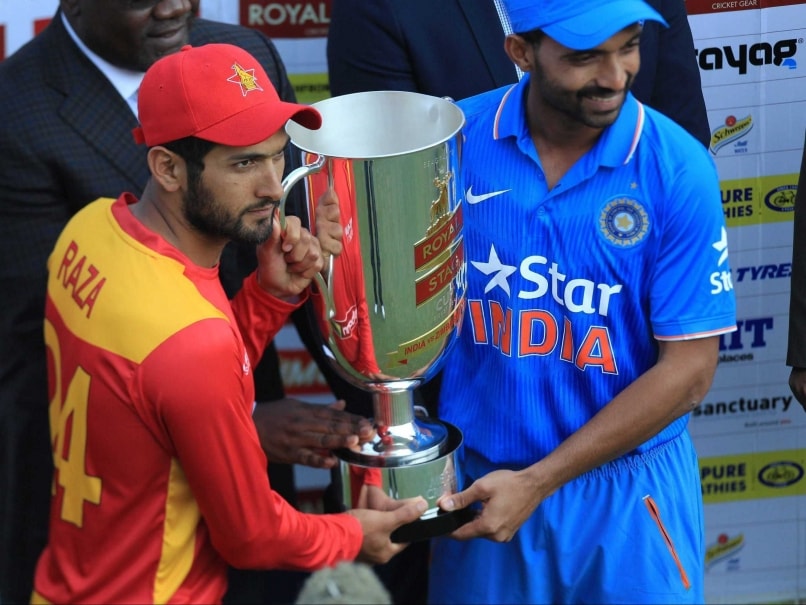 Zimbabwe's stand-in captain Sikander Raza lavished praise on his team-mates for upstaging India in the second T20 International. Zimbabwe, after losing the ODIs 0-3, managed to salvage some pride, beating India by 10 runs to draw the two-match series 1-1 on Sunday.

Raza, who took over captaincy after an injury to regular skipper Elton Chigumbura, said he simply told his boys to end the streak.

"We were sick and tired of just competing against the better nations and losing in the end. Today was one of the days when we said, 'This has to come to an end. It's time we start winning'," he said in the post-match press conference. (Match Report | Pics)

Raza played down his role as skipper in turning it around for the team and credited his bowlers for delivering in the crunch match.

"There is nothing much to say to your bowlers or fielders. You discuss the plans and try to give as much confidence to your players as you can. That's exactly what I did. One man cannot do anything. It took 11 players to win that match. It must have looked like I was leading the way but I can tell you that I didn't."

"It was my team; the 10 other blokes on the park that did it for me. Everyone wanted to win. When there is so much energy and positive attitude around you, it is difficult not to fall in that place yourself," he said.

Raza said Zimbabwe players are gradually learning from their mistakes, which cost them matches earlier.

"It has been our history that we start a series really well and then our performances go down. It happened in this series as well. We all got together and said, 'This cannot happen again. We can't keep repeating our mistakes over and over again'."

"We can also not hide behind the excuse that we don't have enough cricket because now we have 40-odd games of cricket coming up. We have to start winning, one match at a time," he said.

Raza hoped that the side would gain from the win and deliver better results.

"As a team we have to win forward now. This could well be the spark that we needed. Now that we have tasted a win, I am sure the boys will remember this feeling and they would want to make sure that they get this feeling again and again. That would help us as a team to grow and also Zimbabwe to climb up the rungs in international cricket."

Comments
Topics mentioned in this article
Ind in Zim, 2015 India Cricket Team Zimbabwe Cricket Team Sikandar Raza Cricket
Get the latest updates on ICC T20 Worldcup 2022, check out the Schedule and Live Score. Like us on Facebook or follow us on Twitter for more sports updates. You can also download the NDTV Cricket app for Android or iOS.