Prosper Utseya wrote a letter to Zimbabwe Cricket chairman Wilson Manase after the World Cup and prior to Zimbabwe's tour of Pakistan making these startling claims. 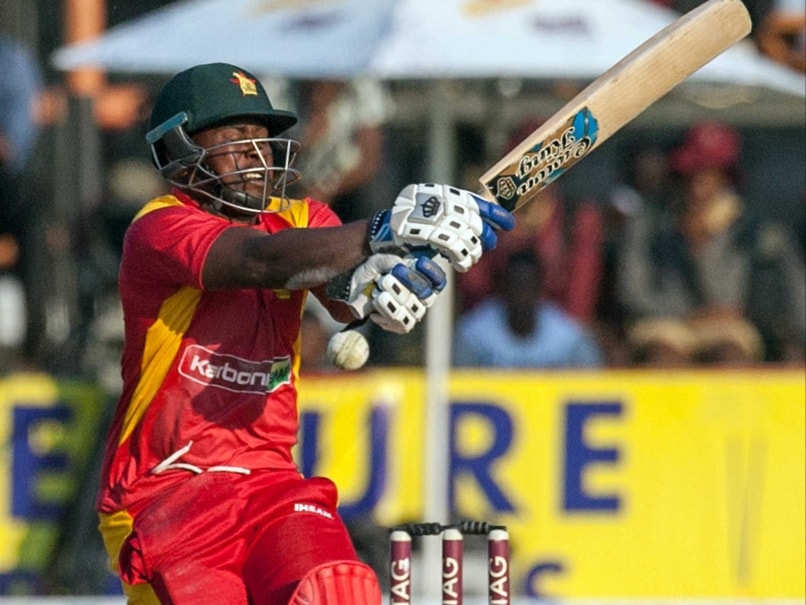 Prosper Utseya plays a shot during second T20I vs India on Sunday.© AFP

Zimbabwe off-spinner Prosper Utseya has claimed that he is a victim of racism and has levelled a string of allegations against former captain and Zimbabwe Cricket's (ZC) managing director Alistair Campbell. (Zimbabwe stun India | Report | Pics)

In a letter to Zimbabwe Cricket chairman, Wilson Manase, the 30-year-old spinner said Campbell has a "personal agenda against him which influenced his non-selection (in the playing XI) at the recent World Cup". ('We were sick and tired of losing to big teams')

According to a report in 'ESPNcricinfo.com', Utseya alleged that Campbell "appointed white coaches and administrators during his 2010-2012 stint as chairman of the cricket committee in order to take control of cricket".

"(Campbell) had a conflict of interest in setting up Dominus Sport, the company that ran ZC's marketing affairs during his time as cricket committee chairman, and his actions had an impact on ZC's funds," Utseya said in the letter.

Utseya confirmed that he had written the letter after the World Cup and prior to Zimbabwe's tour of Pakistan. Campbell said he was unable to comment as the matter was pending either legal or internal disciplinary action.

Headlined 'Racism and Victimisation', the letter begins, "Through you Mr. Chairman I wish to share my frustrations as I believe I am a victim of racism and have come to a point where I feel I have been quiet for too long whilst a lot has been happening."

Utseya was banned from bowling by the ICC after testing in September 2014. In December, his off-break was found to be illegal but his other deliveries were deemed legal, and so he was cleared to bowl again so long as he did not utilise his stock ball.

Comments
Topics mentioned in this article
Prosper Utseya Ind in Zim, 2015 India Cricket Team Zimbabwe Cricket Team Cricket
Get the latest updates on ICC T20 Worldcup 2022, check out the Schedule and Live Score. Like us on Facebook or follow us on Twitter for more sports updates. You can also download the NDTV Cricket app for Android or iOS.