Murali Vijay has had a splendid run in Tests, since he made his comeback against Australia at home a few years ago but missed out on 2015 ICC World Cup selection. 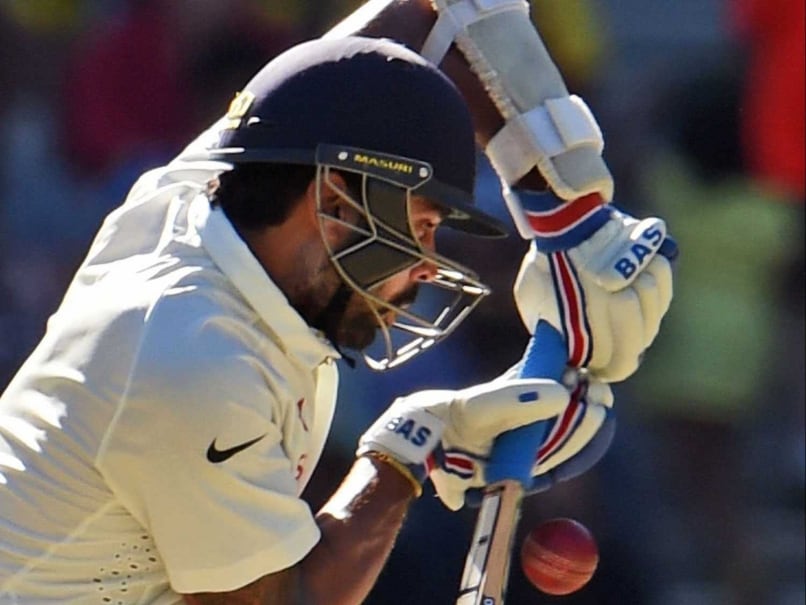 Given a break after a gap of two seasons to play in ODIs against Zimbabwe, regular India Test opener Murali Vijay wants to make full use of it without looking too far ahead.

"I have got an opportunity to play in ODIs after two seasons. I love to play one day internationals and am looking forward to do well in this series. But I am not looking too far ahead," Vijay said, during an open media session ahead of the Indian team's departure early tomorrow morning. (I've My Own Style of Captaincy: Ajinkya Rahane)

The Indian squad is to play three ODIs and two T20 games against Zimbabwe on the short visit for which seven seniors, including regular captain Mahendra Singh Dhoni, have been rested and the side is being led by Ajinkya Rahane. (Binny Determined To Showcase His Skills)

Vijay said that he has not had a decent run in ODIs, but insisted he was not blaming anyone.

"In seven seasons since I made my debut(in Tests), I have played just 14 ODIs. I am not blaming anyone but when you don't have a specific role to play, it becomes difficult. I am not cribbing but only want do well on this tour," he said. (Karn Sharma Ruled Out of India's Tour of Zimbabwe)

Vijay, who has had a splendid run in Tests, since he made his comeback against Australia at home a few years ago but missed out on World Cup selection, said he wanted to play and do well in all three formats of the game.

"I love to play and want to play all three formats. I used to be considered as a good one-day player for my state. Later on I got the opportunity to play Tests and I enjoyed it," he said.

"It's also a good opportunity to all the players. We are all raring to go out and do well on this tour. I think we will do well," he said.

"All I am looking forward to is the opportunity. A lot of us were in the fringes (for ODIs)," he said.

About the rule changes in ODIs effective from this tour for India, Vijay said he was particularly happy about the absence of compulsory close-in catchers.

"I have been playing with white balls recently and I feel I am in good rhythm," he said.

Pacer Mohit Sharma also expressed relief over the rule changes especially from the point of view as a bowler.

"It's a big relief. We will be punished less in the 41-50 over period," said Mohit, who was part of the World Cup team that lost in the semi-finals to eventual champions Australia.

Mohit said he had worked hard on his bowling to improve his pace and got good tips from Dhoni and former coach Duncan Fletcher to make minor alterations in his run-up.

"They told me my body was falling back when I ran and I changed it and there was a lot of improvement overall in my bowling," he remarked. "I want to serve Indian cricket for long," he added.

Comments
Topics mentioned in this article
India Cricket Team Zimbabwe Cricket Team Murali Vijay Ind in Zim, 2015 Cricket
Get the latest updates on ICC T20 Worldcup 2022, check out the Schedule and Live Score. Like us on Facebook or follow us on Twitter for more sports updates. You can also download the NDTV Cricket app for Android or iOS.