Stuart Binny was one of the stars in India's clean sweep of Zimbabwe in the three-match ODI series; he finished with 120 runs and six wickets answering critics who said the Karnataka all-rounder did not merit a place in the national side. 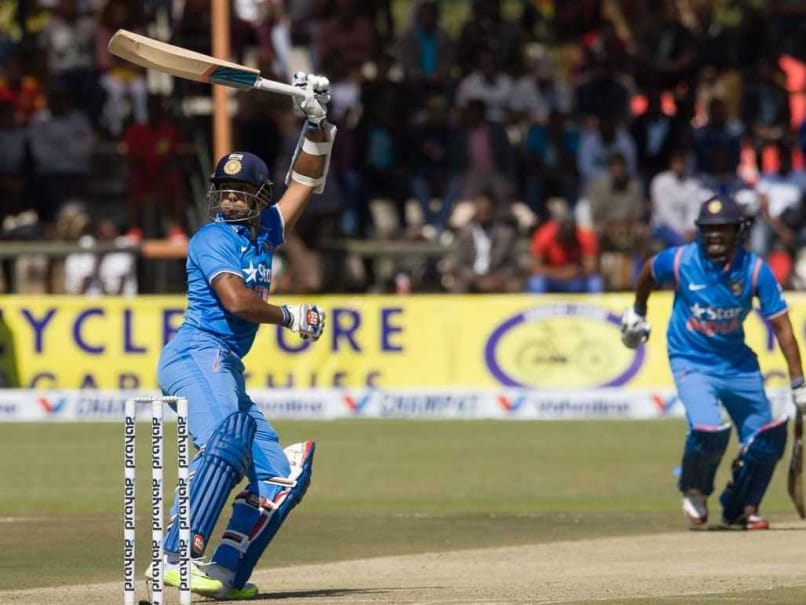 Binny totalled 120 runs from the three ODIs vs Zimbabwe© AFP

Stuart Binny has worked hard to prove that he is not in the Indian team at the mercy of a godfather. Ever since his international debut against New Zealand in early 2014, the 31-year-old from Karnataka has sought to consolidate the all-rounder's berth in the side with some sporadic but brilliant performances. (Jadhav, Binny Star in India's Whitewash Over Zimbabwe| Rahane Lauds "Hungry Boys")

After a rather ordinary start against the Black Caps, Binny shot to prominence with his accurate seam bowling in Bangladesh. Touring with a second-string team, Binny ran through the Tigers' batting line-up withÂ  | record figures of 6/4 as India defended a paltry 105.

Despite achieving the best-ever ODI figures by an Indian, Binny failed to cement his place as the team-management favoured the likes of Ravindra Jadeja and Axar Patel. Spinning all-rounders and not seaming all-rounders, seemed to be the mantra.

And when Binny was selected for the World Cup, eyebrows were raised. He had played only six ODIs in 11 months till that point and questions were asked. The obvious references were made to his father Roger Binny, former India cricketer, now a national selector.

Did dad back his son? Former India skipper Sunil Gavaskar reacted angrily and said Binny Senior was a man of integrity, who had recused himself from the meeting when his son's name was being discussed. Unfortunately, Stuart did not get the chance to prove himself at the World Cup with India's front-line attack putting together a remarkable performance.

Binny had to survive a low any international cricketer would dread - lack of matches and jibes from the greats. Wasim Akram remarked he was unlucky to have missed out facing a Stuart Binny in his playing days. The Pakisani legend also said he was shocked to see Binny bowling with the new ball after India lost to England in a triseries in Australia. That must have hurt - so much for a selector dad.

Before leaving for the tour of Zimbabwe, Binny conceded it had been a difficult ride but insisted that he was in the side because of his numbers and not his dad.

"People say, 'his father being a selector, it must have been easier'. It wasn't easy at all. It put more pressure on me. I have lived under his shadow all my life, something which I have enjoyed and hopefully proved some people wrong."

Against the Zimbabweans, Binny found plenty of scope to express himself - he smashed 77, his maiden fifty and took 2/54 as India won a four-run thriller in the first ODI. He followed that up with 25 and 1/42 in the second ODI and an unbeaten 18 and 3/55 in the final match.

A series haul of 120 runs (average: 60) and six wickets in a clean sweep - Binny could become an answer to India's quest for a genuine all-rounder.Â  With Jadeja out of reckoning and Patel still finding his feet, will Binny be the new go-to man for MS Dhoni?