Stuart Binny Determined To Showcase His All-Round Skills in Zimbabwe 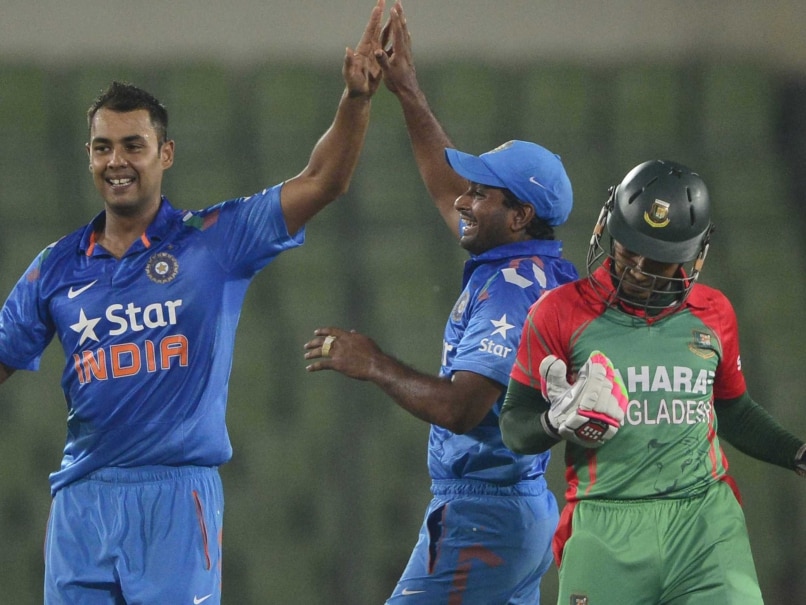 India all-rounder Stuart Binny on Monday said he is confident of delivering with both bat and ball in the upcoming cricket series against Zimbabwe.

"At the moment I am very happy to be part of the tour. I know my roles as it is very clear to me. I know I have to deliver with both bat and ball. I am looking more to swing the ball and in ODIs that is the main factor as a bowler," Binny said here. (Rahane Confident of Good Show in Zimbabwe)

"When it comes to batting, there are only four fielders in the circle. So we have to look for the gaps to find the boundary. A little bit of freedom has been taken away from the batsmen," the Karnataka cricketer said.

The all-rounder has been in and out of the side for a long time. Despite being in the 15-member World Cup squad, he couldn't get a game.

"It's not easy to be on tour and not get games. Practice makes it perfect. You got to train hard, regardless you are playing or not playing. I don't worry too much whether I am going to get an opportunity or not. My job is to play for the country for as long as I can," Binny said.

Binny said right from the start of his career he idolised South African great Jacques Kallis, who is widely considered as one of the best all-rounder of the game.

"I idolise Jacques Kallis. When I was growing up I looked at him a lot. He was someone whom I watched a lot as I grew up. He bats at the top order and I bat at the lower down the order. Our roles are different but someone who did it for a good 10-12 years and be successful in international cricket is someone I look up to," he said.

The 31-year-old looked confident ahead of the tour, saying he would get to bowl 10 overs and bat at number six or seven.

"Hopefully If I get a chance, I will give it my best. We currently don't know the combination, what the wickets will be in Zimbabwe. I have never been in there. I have heard the wickets are similar to South Africa.

"If that is the case then my role as an all-rounder will come into play. I am looking forward to bowl full ten overs and bat at number six and seven," Binny concluded.

Comments
Topics mentioned in this article
India Cricket Team Zimbabwe Cricket Team Stuart Binny Ind in Zim, 2015 Cricket
Get the latest updates on SA vs IND 2021-22, check out the Schedule and Live Score . Like us on Facebook or follow us on Twitter for more sports updates. You can also download the NDTV Cricket app for Android or iOS.