India won the ODI series against Zimbabwe 3-0 to remain second in ICC rankings With 115 points to their credit. They are 14 points behind Australia, who lead the table with 129 points. 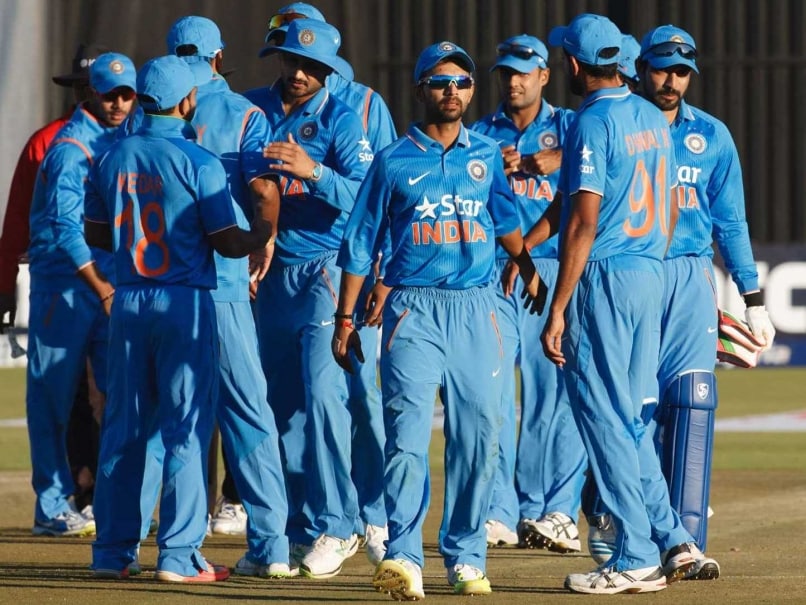 India are second in the ICC ODI rankings with 115 points.

India have retained their second position in the ICC ODI team rankings following their 3-0 series sweep over Zimbabwe.

With 115 points to their credit, India still remain 14 points behind Australia, who lead the table with 129 points. (India Look to Continue Winning Momentum in T20s)

Although no Indian bowler figures in the top-10 of the ODI bowling chart, there were some significant gains made by a few of them. (Kedar Jadhav Gives Selectors a Nice Headache)

Medium pacer Bhuvneshwar Kumar has climbed four places to 12th after taking five wickets for 80 in the series, while teammates Akshar Patel (up 18 to a career high 47th), Mohit Sharma (up seven places to 51st) and Harbhajan Singh, who lies just outside the top-100 in 101st position, have also climbed up the ladder.

Comments
Topics mentioned in this article
India Cricket Team Zimbabwe Cricket Team Ind in Zim, 2015 Virat Kohli Mohit Sharma Harbhajan Singh Cricket
Get the latest updates on Fifa Worldcup 2022 and check out  Fifa World Cup Schedule, Stats and Live Cricket Score. Like us on Facebook or follow us on Twitter for more sports updates. You can also download the NDTV Cricket app for Android or iOS.