India in Zimbabwe: Men in Blue Look to Continue Winning Momentum in T20Is

India hammered Zimbabwe 3-0 in the ODI series to maintain 2nd spot in the ICC Rankings. Ajinkya Rahane's men will look for a winning start in the first T20I on Friday. 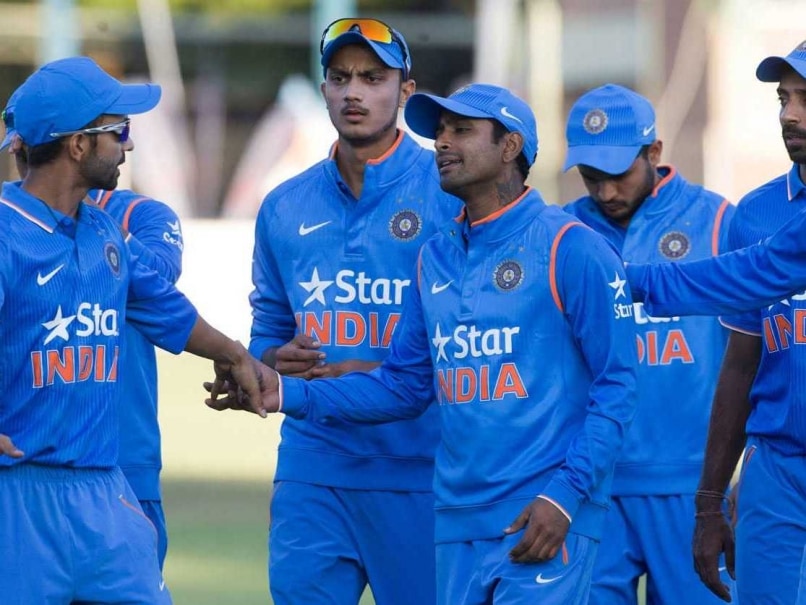 India are on a role after their clean-sweep vs Zimbabwe.© AFP
Harare:

After an emphatic ODI clean-sweep, India would be looking to continue their dominance when they square off against Zimbabwe in a couple of Twenty20 cricket Internationals starting here on Friday.

After a scratchy win in the opening ODI, India got their act together quite quickly to outplay the hosts, who fizzled out after showing some intensity to start with.

It would be some task for the home side to stay positive and not get bogged down by the ODI debacle given that they had their chances but failed to latch on to them.(Jadhav Slams Maiden ODI Ton)

The Indians, on the other hand, would be eyeing a clean sweep of the tour.

The visitors do not have too many concerns to ponder over as they have delivered on all fronts.(Rahane All Praise for his Boys After Whitewash)

Even the injury to in-form batsman Ambati Rayudu, who was named Man of the Series, has hardly been a blow given that his replacement Manish Pandey came good on debut itself with a 71-run knock.

"We never felt that it will be a 3-0 scoreline. We always knew that they would be tough to beat on their home soil. It was challenging, especially batting first in all three games, but our batters did an excellent job to put up a 250-plus score in every game. That's where I feel we won the games," said the third ODI's Man of the Match Kedar Jadhav, who struck a maiden unbeaten century.

The Indians would be aiming to extend this ODI domination to T20s as well but they will have to be a lot more aggressive in their approach as far as batting is concerned.(Pandey Says he Will Cherish ODI Debut)

Given the fickle nature of the format where a game can change in just one delivery, the Indians cannot afford to be slow off the blocks against the home bowlers, who did a decent job even in the ODIs.

It would be a test for the opening duo of skipper Ajinkya Rahane and Murali Vijay to give the side a flying start, which is an absolute must in the T20 format.

Senior batsman Robin Uthappa, who did not have a great run in the ODIs, will also be looking to create an impact in the T20s. Sanju Samson, who has flown is as a replacement for Rayudu, could make his debut tomorrow.

The bowlers have been fairly consistent in their performance and will look to ensure similar consistency in the shortest format.

The Zimbabweans, on the other hand, remain heavily reliant on Chamu Chibhabha in the batting department. He did well in the ODIs but more would be expected of Hamilton Masakadza and Elton Chigumbura, both of whom did not have much to show for in the ODIs.

"We've got the potential, as you can see, we just need to transform our ability into performance, and that comes from here," Zimbabwe coach Dav Whatmore has said.

A big positive for the home side has been the performance of their bowlers but they have been guilty of letting it slip after building up pressure.

Comments
Topics mentioned in this article
India Cricket Team Zimbabwe Cricket Team Ind in Zim, 2015 Cricket
Get the latest updates on ICC T20 Worldcup 2022, check out the Schedule and Live Score. Like us on Facebook or follow us on Twitter for more sports updates. You can also download the NDTV Cricket app for Android or iOS.