India beat Zimbabwe by 54 runs on Friday in the first T20I in Harare. 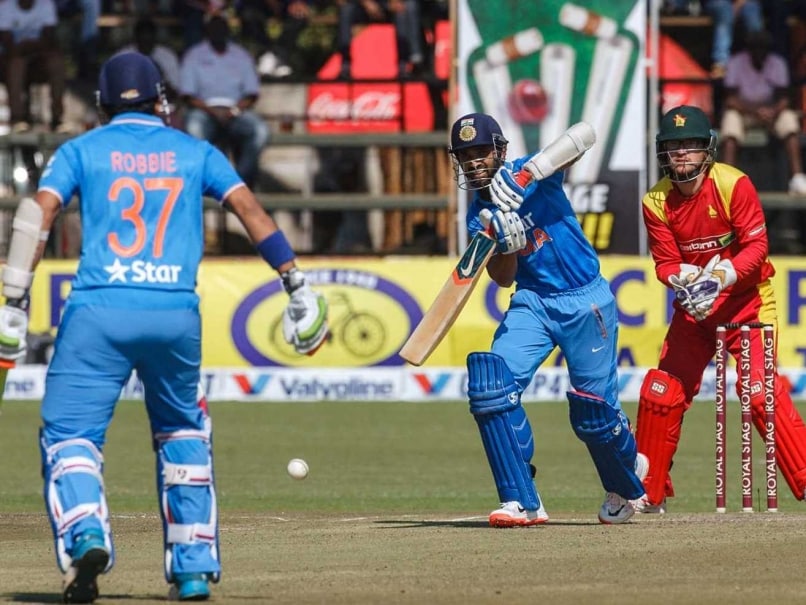 Ajinkya Rahane in action during the first T20I vs Zimbabwe.© AFP
Harare:

India captain Ajinkya Rahane feels it was a good toss to win for the visitors in the first T20 International against Zimbabwe here because it was easier to bat in the first innings as the pitch got slower with time.(Match Report | Scorecard | Highlights)

Rahane lauded his batsmen for setting the platform for India's 54-run win over Zimbabwe in the first T20 match here on Friday.

"I think first of all we batted very well. We knew between 160 and 170 would be a good total and as I said at the toss, our spinners came handy. It (pitch) became a little slower later on, but still the bowlers had to do well," said Rahane after Zimbabwe finished at 124 for seven while chasing India's 178 for five at the Harare Sports Club.

"There was no initial movement so it was slightly easier to bat in the first innings. The way we batted in the middle overs, taking singles and twos, that was crucial on a big ground," he said.

Zimbabwe skipper Elton Chigumbura said they were outclassed in all departments of the game by India.

"We were outclassed all around today. Its very disappointing," he said.

Chigumbura too agreed with Rahane on the pitch factor.

"And also in the second innings, the wicket got dryer and became two-paced. Became difficult to try and play some strokes. They bowled well as well, changing the pace.

"Mainly on the batting side it was disappointing. It doesn't help when you lose wickets. Credit to the (Indian) bowlers.

"It is important to try and play our best cricket on Sunday and hopefully we get a better result."

Man of the match Axar Patel, who picked up three wickets giving away just 17 runs, said he bowled to his strengths today.

"Obviously, I bowled to my strengths. I tried to cut the pace off the ball, so that batsmen can't hit me. So I was rewarded," he said.

Comments
Topics mentioned in this article
India Cricket Team Zimbabwe Cricket Team Ajinkya Rahane Ind in Zim, 2015 Cricket
Get the latest updates on Fifa Worldcup 2022 and check out  Fifa World Cup Schedule, Stats and Live Cricket Score. Like us on Facebook or follow us on Twitter for more sports updates. You can also download the NDTV Cricket app for Android or iOS.