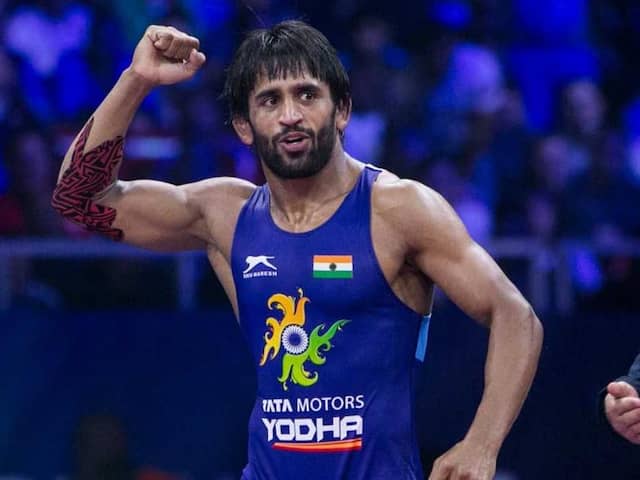 The United World Wrestling (UWW) on Saturday declared Bajrang Punia as the world number one freestyle wrestler in the 65 kg weight category. Bajrang Punia, who clinched the silver medal in the World Championships in Budapest last month rose to the top spot after gaining a massive 30-point lead over Alejandro Enrique Valdes Tobier of Cuba. Russia's Akhmed Chakaev is now placed at the third position with 62 points. "I am happy about the ranking because it reflects India's overall growth in wrestling. But the real celebration for me will be when I become the Olympic champion," said the 24-year-old after claiming the top spot.

The Indian wrestling sensation had an impressive year with one gold and one silver at the 2018 Commonwealth Games and UWW World Championship respectively.

Punia's current ranking is based on his international performance throughout the year which included the gold medals at Gold Coast and Jakarta in 2018.

Meanwhile, eight other Indian wrestlers have made it to the top 20 list of their respective weight categories for the UWW rankings.