Otoguru became Japan's youngest World Champion at the age of 19. 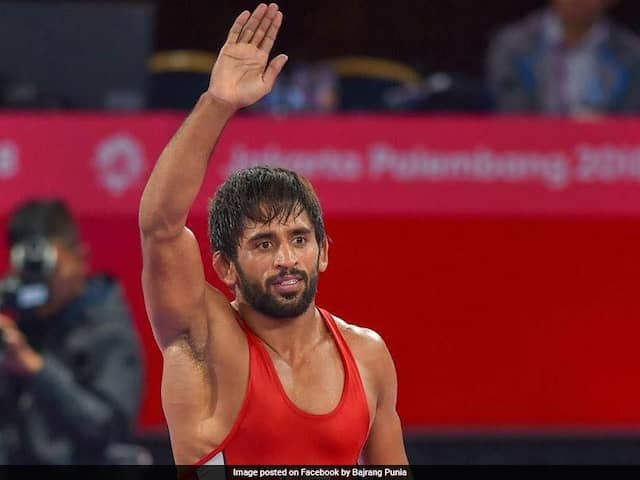 Bajrang is now the only Indian with two medals from the World Championship.© Facebook

Bajrang Punia's bid to become only the second Indian to win a gold medal at the World Championship fell flat as a tactically superior Takuto Otoguro stunned the Indian in the 65kg final in Budapest on Monday. Only the fourth Indian ever to make it to the World Championship gold medal match, 24-year-old Bajrang was rattled by the 19-year old Otoguro, who consistently attacked the left leg of Indian and emerged a comfortable 16-9 winner. Otoguru became Japan's youngest World Champion at the age of 19. Legendary Yuji Takada, who won gold at 1976 Montreal Olympic Games, had become youngest World Champion from Japan at the age of 20 in 1974.

"It was so near and yet so far. Having reached the final, I expected to win gold but I will have to be satisfied with a silver medal. I am happy to have bettered my bronze medal effort, achieved five years ago at the same venue," said Bajrang, who is now the only Indian with two medals from the World Championship.

A four-point throw gave Otoguro an early 5-0 lead, leaving Bajrang to play just a catch-up game. With back-to-back takedowns, the Indian reduced the deficit to 4-5. The Japanese got more points with a step out and led 7-6 at the break.

An early takedown at the start of the second period handed Otoguro a 9-6 lead. The Japanese kept attacking Bajrang's left leg, a strategy which the Indian struggled to counter. The Commonwealth Games and Asian Games gold medallist Bajrang eventually had to settle for a silver, which is his second medal at the Worlds. He had won a bronze won on 2013.

Sushil Kumar, country's first superstar to emerge from the wrestling mat, is the lone Indian to win a gold medal at the Worlds, achieving the feat in 2010 in Moscow in the 66kg category.

Apart from Sushil, Amit Dahiya (2013) and Bishambar Singh (1967) are the other Indians to make it to the world championship final in men's freestyle.

"We all wanted him to win gold, but a silver medal is no mean achievement. Bajrang has been consistent throughout the season and has wrapped up this season with two major titles and a silver medal in the world championships here. And this is what every wrestler dream about," said the coach.

Meanwhile, in the men's freestyle 70kg category, Praveen Rana won his first bout against Jarvissadam Blesam Tarkong by technical superiority but suffered an identical defeat against Uzbekistan's Ikhtiyor Navruzov in the pre-quarterfinals.

In the 97kg, Mausam Khatri was knocked out by Venezuela's Jose Daniel Diaz Robertti 2-12 in the Qualification round.

In the women's event, Sarita won her bouts in the 59kg against Korea's Bobae Kim (8-1) and Ukraine's Sofiia Bodnar (4-0) but lost the quarterfinal by technical superiority to Shoovdor Baatarjavrjav.

However, Seema could not win even one bout in 55kg, losing her pre-quarterfinal to Mongolia's Davaachimeg Erkhembayar by technical superiority.