Pakistan will play against India in the World Cup on June 16. 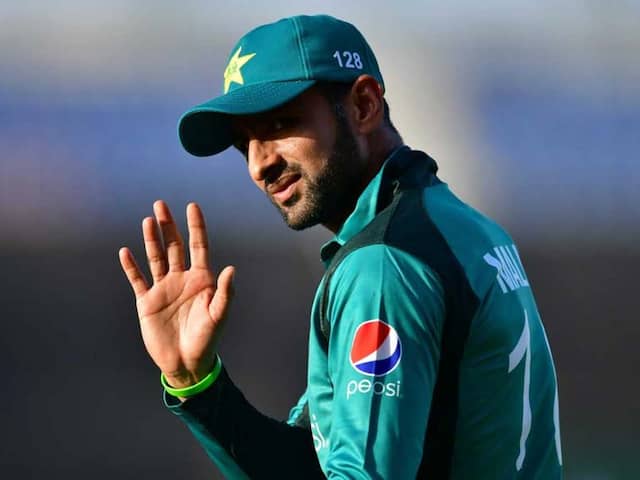 Shoaib Malik will be one of the key players for Pakistan during the World Cup.© AFP

Pakistan all-rounder Shoaib Malik believes his team has a very good chance of winning the 2019 World Cup, which will take place in England and Wales. Although, the veteran said it will only be possible if his side performs well in cricket's marquee tournament against the rest of the world. Pakistan's last World Cup triumph in the One-Day International (ODI) format came in the year 1992 but Shoaib Malik feels his side has the ability to win the tournament this year.

"I feel we have a very good chance to win the tournament. But then having a 'good chance' doesn't mean much. How we play each game and how we perform against the rest of the world will define how far we go," Malik told Sky Sports.

"Yes, we have the ability to win the World Cup hands-down, but abilities don't win you anything, performances do," the 36-year-old added.

Malik further said his have the combination of top ODI batsmen and bowlers and he is personally looking to make the World Cup 2019 memorable.

"Our capabilities include having top ODI bowlers and batsmen in our line-up and personally I'm looking forward to a memorable World Cup 2019," Malik said.

The experienced campaigner will be one of the key players for Pakistan during the World Cup. He has played 275 ODIs and raked up over 7,200 runs at an average of 35.24.

Pakistan will begin World Cup campaign against the Windies on May 31. They will later take on hosts England and will clash against India on June 16.

Pakistan Cricket Team Shoaib Malik Cricket World Cup 2019
Get the latest Cricket news, check out the India cricket schedule, Cricket live score . Like us on Facebook or follow us on Twitter for more sports updates. You can also download the NDTV Cricket app for Android or iOS.