Brian Lara released an audio recording on Tuesday night in which he said he was "fine". 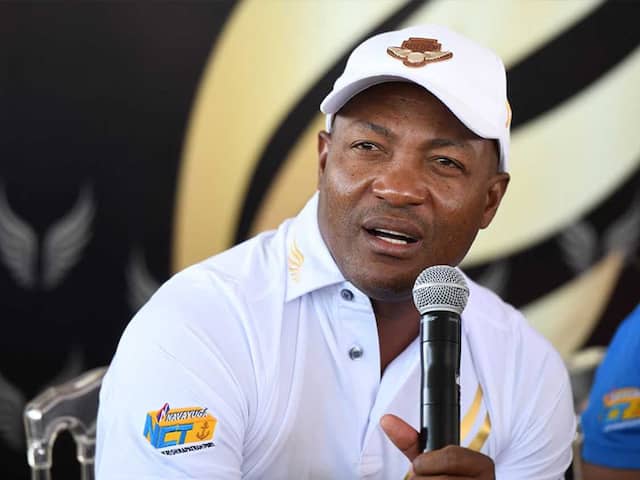 West Indies batting legend Brian Lara was given the all-clear and discharged from a Mumbai hospital on Wednesday, a day after he was admitted because of chest pains. "He was discharged at 12:00 pm (0630 GMT). His condition is normal," hospital spokesman Parag Dhurke told AFP. Lara was rushed to hospital on Tuesday in India's financial capital where he is currently working for the official broadcasters of the ongoing cricket World Cup.

The 50-year-old Trinidadian underwent an angiography "as a precaution", Dhurke said. "His health is good," he added.

Lara released an audio recording on Tuesday night in which he said he was "fine".

"I may have just extended myself in the gym this morning," he said, thanking people for their concern.

He added that he was "chilling" in his hospital bed watching the England versus Australia match and joked that he hoped Australia would win.

Australia went on to thump England by 64 runs to book their place in the World Cup semi-finals.

One of the best batsmen of all time, Lara holds two world records -- the highest Test score of 400 not out, and the highest first class knock of 501 that he scored in the English county championship in 1994.

The former skipper retired in 2007 after a dismal West Indies campaign in the World Cup.

West Indies Cricket Team Brian Lara World Cup 2019 Cricket
Get the latest Cricket news, check out the India cricket schedule, Cricket live score . Like us on Facebook or follow us on Twitter for more sports updates. You can also download the NDTV Cricket app for Android or iOS.