Pakistan were outplayed by India in their last league encounter where they lost the match by 89 runs. 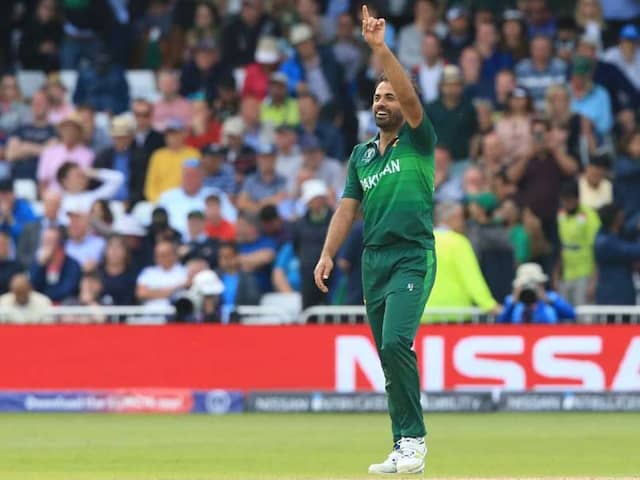 Wahab Riaz picked up three wickets in Pakistan's only win in the World Cup.© AFP

Wahab Riaz has urged his Pakistan teammates to stick together ahead of their must-win World Cup 2019 clash against South Africa at the Lord's on Sunday. Pakistan have only three points from five games and they are on ninth place at the World Cup 2019 points table. If Pakistan want to qualify for the knockout phase of the tournament, they need to win all of their remaining matches. Also, they need to work on their net run-rate and hope that other results go in their favour.

Pakistan fast bowler Riaz insists his teammates realise the importance of the do-or-die game and hopes displaying a united front against South Africa will spark a strong performance.

"We have to lift ourselves. We are each other's strength. We are all good friends and know that only 15 of us can lift the team which not even our family members can do," Wahab told the reporters.

Pakistan has had to face a lot of criticism after their defeat against India in the league phase of the ongoing World Cup 2019. The team management gave Pakistan's players time off to unwind and come back refreshed after the India game.

The 33-year-old Riaz insisted his team-mates realise the mistakes they have made so far and are determined to make amends.

"Good teams are the ones who realises their mistakes, so we have discussed all those mistakes and a two day break has refreshed us," Wahab said.

Wahab who took three wickets in Pakistan's only win in the World Cup over pre-tournament favourites England, admitted the bowling unit needs to work harder.

"As a bowling unit we are trying hard, We are all focused to do well in the South Africa match. You need wickets upfront in England but we were not getting that," he added.

Riaz singled out middle-order slumps for Pakistan's downfall against Australia and India, both in chasing 300-plus targets.

"We were going well in batting in both the games but lost crucial wickets and got derailed," said Wahab of Pakistan's collapses.

Pakistan slumped to 160/6 after being 136/2 against Australia, while they lost four wickets in the space of 18 balls and 12 runs against India.

Pakistan Cricket Team
Get the latest Cricket news, check out the India cricket schedule, Cricket live score . Like us on Facebook or follow us on Twitter for more sports updates. You can also download the NDTV Cricket app for Android or iOS.