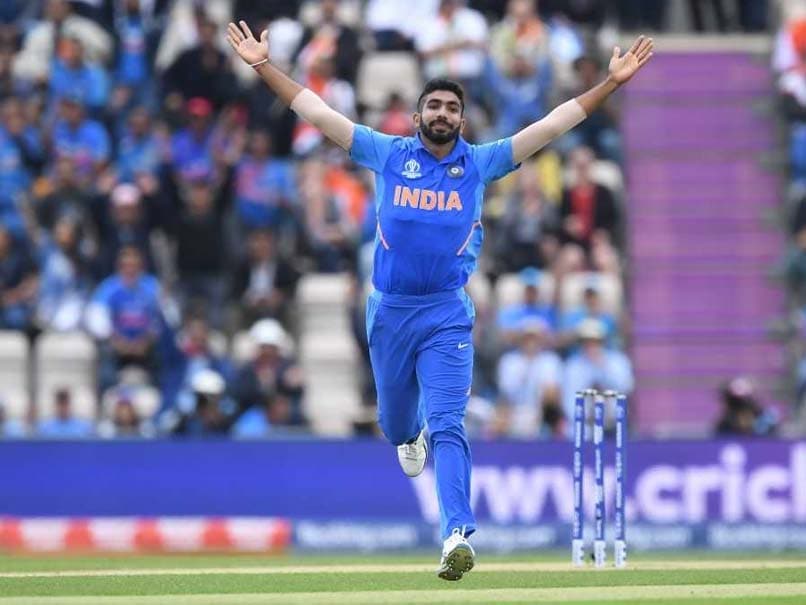 Jasprit Bumrah was nearly unplayable with the new ball.© AFP

Jasprit Bumrah was nearly unplayable with the new ball as he bagged two early wickets in India's World Cup 2019 opener against South Africa at The Rose Bowl in Southampton on Wednesday. Jasprit Bumrah's early scalps laid the foundation as India restricted South Africa to a modest 227 for nine. Bumrah found support in the shape of leg-spinner Yuzvendra Chahal, who took four wickets. India skipper Virat Kohli lavished praised on Bumrah and Chahal, saying the India pacer is operating at a different level. Virat Kohli also applauded Chahal's effort and said he was outstanding with the ball.

"Jasprit is operating at a different level to be honest. Chahal was outstanding as well," Kohli said at the post-match interview.

"There's one thing to see a bowler bowl, but to catch that ball, to feel the heaviness of it. When I caught it, I could feel the pain for 15 minutes. With the new ball he was absolutely outstanding," Kohli added.

Kohli couldn't make his bat do the talking against South Africa but his deputy Rohit Sharma stood up to the occasion and scored a gritty century to help India seal a clinical victory.

Along with Rohit, Kohli also praised KL Rahul and Hardik Pandya for their cameo knocks.

"Hats off to Rohit, and also the guys who batted around him. We were going to bowl first," Kohli said.

"That's where Rohit's innings was very very special. KL batted really well with him. Then MS showed great composure. Hardik finished well too. He looks in a good head space," he added.

India will next play defending champions Australia on Sunday, which will be a crucial contest for the Kohli-led side in the quadrennial tournament.