Virat Kohli-led India lost both ODIs against Australia in which MS Dhoni was rested. 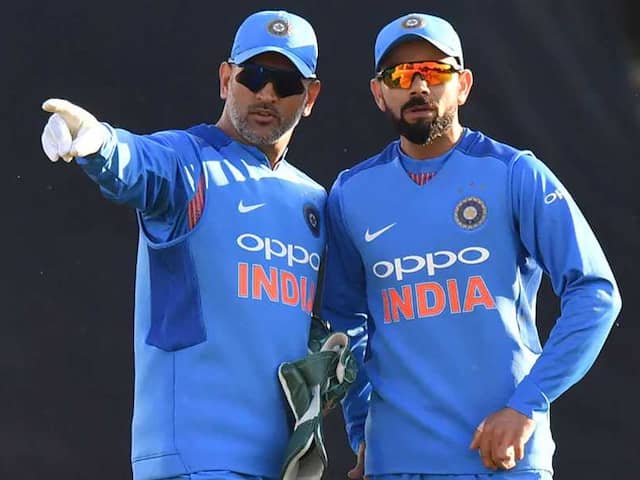 Virat Kohli-led India have lost their last three ODIs, two of which MS Dhoni did not play© AFP

MS Dhoni's presence in the India team helps skipper Virat Kohli take the right decisions on the field, former India captain and coach Anil Kumble has said. After India succumbed to losses in the last three ODIs of the recent five-match series against Australia, two of which MS Dhoni did not play, questions have been raised over Kohli's captaincy. Anil Kumble told Cricketnext, "Rather than saying he is a better captain when Dhoni is around, I think Kohli is certainly more comfortable when MS is behind the stumps. Conversations between him and Virat definitely help him make the right decisions."

Dhoni, who played his first match as India captain in 2007, handed over the reins of India's Test side to Kohli in 2014 and the ODI side in 2017. Speaking on how leading the unit comes naturally to someone who has been in the leader's role for such a long time, Kumble said, "Leading comes naturally to MS. He had been the captain for a long long time. He is behind the stumps, so he reads the game better than anybody else. He obviously is in conversation with the bowler. On the kind of lines that the bowlers need to bowl, the kind of pace that they need to bowl."

Kumble also spoke about how MS Dhoni's presence becomes vital in the final part of India's bowling innings, as Virat Kohli is usually manning the boundary ropes during this period, and so is a little distance away from speaking distance with his bowlers.

"If you look at the last 10 or 15 overs, the second half or the final powerplay, Virat is generally manning the boundary. When MS is there, he is on the boundary line. Suddenly (in the matches where MS Dhoni was rested), he had to man the last two overs and the last ten overs under pressure. So yes, he certainly depends a lot on MS Dhoni," Kumble said.

Virat Kohli Anil Kumble World Cup 2019 Cricket
Get the latest Cricket news, check out the India cricket schedule, Cricket live score . Like us on Facebook or follow us on Twitter for more sports updates. You can also download the NDTV Cricket app for Android or iOS.