India beat Bangladesh to seal off a World Cup 2019 semi-final slot and now wait to see who they play in the knockout match. 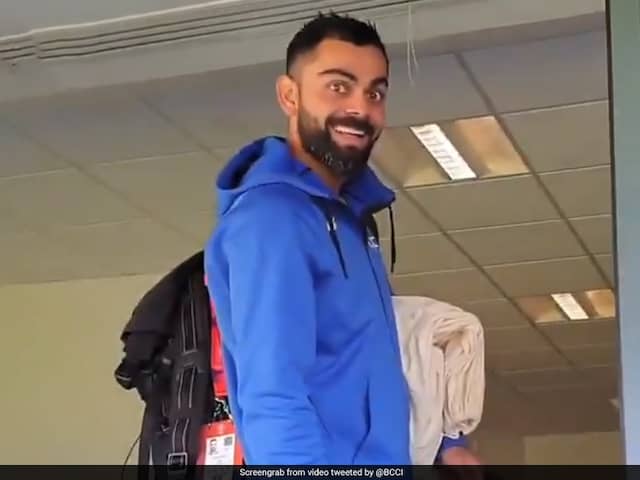 Virat Kohli left social media in splits after he was seen crashing an interview between India teammates KL Rahul and Yuzvendra Chahal. In a video tweeted by the BCCI on Wednesday, the India skipper made a special appearance when Yuzvendra Chahal was interviewing KL Rahul for 'Chahal TV'. Following a hilarious exchange with the spinner, Virat Kohli broke into laughter before signing off with a funny facial expression. "@yuzi_chahal & @klrahul11 recap Edgbaston win as captain @imVkohli makes a special appearance on our latest episode of Chahal TV," the BCCI captioned the video.

India defeated Bangladesh by 28 runs at Edgbaston, Birmingham, on Tuesday to qualify for the World Cup semi-finals.

Under the captaincy of Kohli, who is leading the team for the first time in a World Cup, India won six out of eight matches, including one that washed out against New Zealand.

India are currently placed second on the points table, just one point short of defending champions Australia. Both India and Australia have one last match to play in the league stage that will decide their final position.

The table-toppers will take on the team that finishes fourth, either New Zealand or Pakistan, whoever manages a better net run rate. The first semi-final match will be played at Old Trafford in Manchester on Tuesday.

Meanwhile, hosts England have secured a third place and will face either Australia or India in the second semi-final at Edgbaston in Birmingham on June 11.

India won the World Cup twice in 1983 and 2011, and now eyeing a third one with a balanced squad under the leadership of Kohli.

KL Rahul World Cup 2019 Cricket
Get the latest Cricket news, check out the India cricket schedule, Cricket live score . Like us on Facebook or follow us on Twitter for more sports updates. You can also download the NDTV Cricket app for Android or iOS.