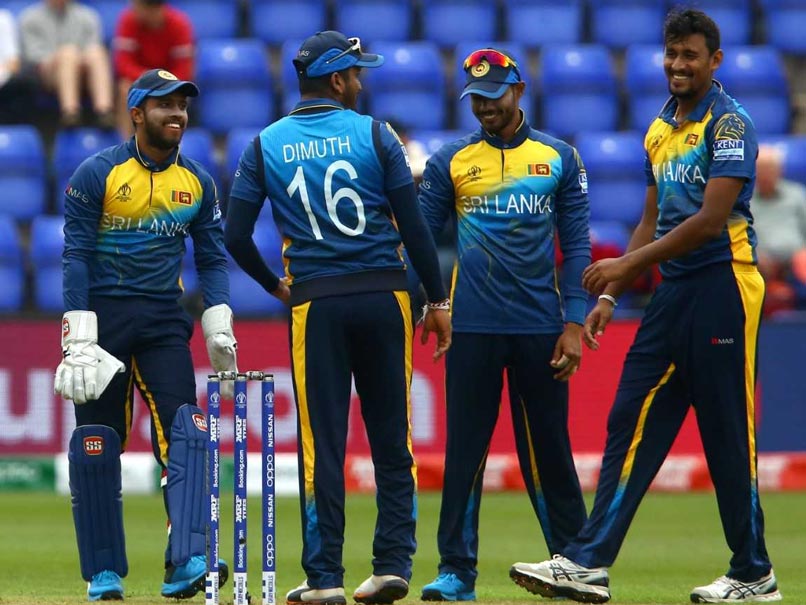 Sri Lanka have participated in all editions of the World Cup.© AFP

Sri Lanka have been in a poor stretch cricket-wise, and the recent terror attacks there have added to their miseries manifold. They will seek some redemption and joy in the ICC World Cup 2019. Sri Lanka have participated in all editions of the World Cup, winning the one in 1996. They were runners-up in 2007 and 2011, semi-finalists in 2003 and quarter-finalists in 2015.

Karunaratne has not played any ODIs for the past four years but has been an active member of Test squad where he has scored 1954 runs in 26 games at an average of 36.19 in the past three years, his highest score being 196 vs Pakistan.

Making his debut against Australia in August 2016, Fernando rose through the ranks by smashing 95 off 96 balls against England in the U-19 World Cup quarter-final in 2016. In the same year he hit consecutive 100s against England U-19 in a bilateral series.

Thirimanne has been picked in the squad despite having not played for a year. Prior to the hiatus, he had scored 360 runs in 10 games in 2017, averaging 36 with a strike rate of 65.45. He made a comeback early this year, playing four Test matches, scoring 175 runs with an average of 21.87.

Perera played two games in the 2015 World Cup, against Scotland and South Africa.

The wicketkeeper-batsman has been decent since his debut in 2016 against Ireland. He has scored 1626 runs with a strike rate of 84.82, averaging 28.03. His personal best is 102 against Bangladesh in Dambulla.

Vandersay will be coming back to the squad after serving a one-year suspension due to disciplinary issues. Since making his debut against New Zealand in late 2015, he has 10 wickets in 11 games with an economy of 5.74. His best figures are 3-50 vs Zimbabwe.

Udana made his comeback into the Sri Lanka ODI squad after a seven-year hiatus against South Africa. His most notable performance was the 78 not out off 57 balls in the 2nd ODI.

Lakmal played in four games during the 2015 World Cup, taking seven wickets with an economy of 6.11.

Mendis finds himself in this squad without playing an ODI since 2015. He was noted for his comeback performance in the T20I match against Bangladesh in Feb 2018, where he had figures of 2-21. He was also the joint highest wicket taker of the Mzansi Super League.

Angelo Mathews World Cup 2019 Cricket
Get the latest updates on Fifa Worldcup 2022 and check out  Fifa World Cup Schedule, Stats and Live Cricket Score. Like us on Facebook or follow us on Twitter for more sports updates. You can also download the NDTV Cricket app for Android or iOS.