Team Profile, New Zealand: Black Caps Would Be Keen To Go One Better Than 2015

New Zealand had a great run in the last edition of the World Cup till they ran into Australia in the final. 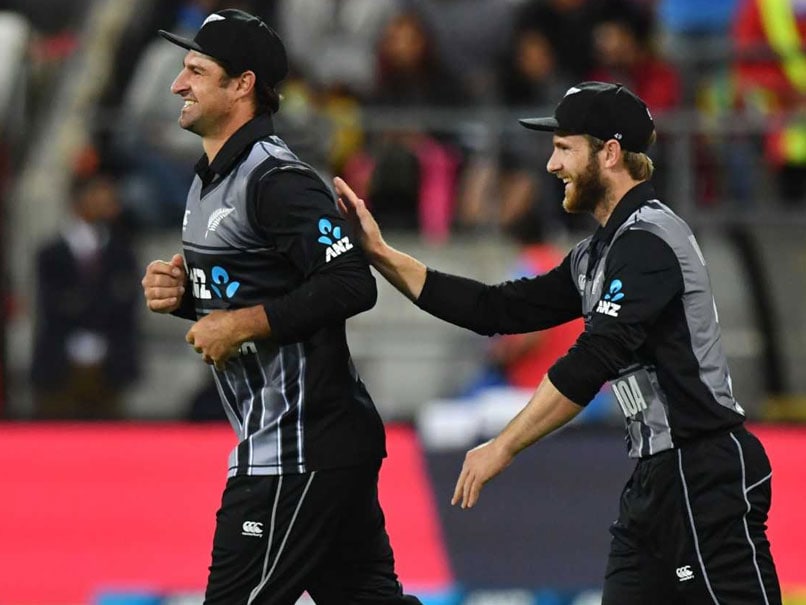 Kane Williamson has performed consistently in the past five months.© AFP

New Zealand have been participating in the World Cup since it first began in 1975 but unlike their more successful neighbours Australia, have never won the title. They came very close in the last World Cup, where they lost to Australia by seven wickets. New Zealand are a surprising team in that they have often found themselves underachieving at the most crucial junctures of the tournament, in spite of having everything it takes to win.

Williamson has performed consistently in the past five months against Pakistan, Sri Lanka, India, and Bangladesh, with an average of 36.18.

He has not been able to use his abilities to good effect in the World Cup though, as his highest score is merely 57 against Sri Lanka and an average of 37.

Blundell became only the fourth wicketkeeper to score a century on his Test debut. Blundell comes in place of the injured Tim Seifert. With just one List A match since February 2018, his recent form is uninspiring. However, his T20 strike rate is 124.83 and his List A strike rate is 78.88.

He will be the first New Zealander since 1987 to make an ODI debut in a World Cup.

With 147 wickets and an economy of 5.07, Trent Boult is currently one of the best left-arm pacers in international cricket. He has been lethal in recent times as he claimed a 5-wicket haul against India on 31st Jan 2019.

His World Cup form has been impressive too, with 22 wickets and an economy rate of 4.36 to go with it. His best figures came against Australia in the last World Cup, with his figures being 5-27.

De Grandhomme's ODI performance has improved significantly in the 2018-19 season, where he scored a personal best of 74 not out against Pakistan on January

16, while returning figures of 3-26 against India on January 31. Also, He is highly sought-after in the T20 leagues all over the world for his all-round skills.

The last two ODI seasons have been brilliant for Guptill, as he has scored four hundreds in them, two of which he scored in the most recent ODI series against Bangladesh. He also has an average of 51.55 in the 2018-19 season.

Guptill has played in the 2011 and 2015 World Cups, scoring a mammoth 237 not out against the West Indies in 2015. As of now, it is the second highest knock in the history of ODI cricket.

The fast bowler has been consistent throughout the 2018-19 season, with 11 wickets and the best figures of 4/35 against India on February 3.

He played only two games in the 2015 World Cup, taking two wickets in the final against Australia.

The all-rounder, known for his exploits in the T20 format, has tweaked his game to suit ODI requirements to good effect, as he recently scored an 87 against Sri Lanka at the start of 2019. His average this season, at 21.90, has decreased from 26.56 from the 2017-18 season.

The all-rounder has done well in this season, with 10 wickets and 204 runs in eight matches. This was

encapsulated in the January 3 match against Sri Lanka where he scored 47 not out and had figures of 3/38. He went on to score 64 in the next match as well.

The leftie has been dependable throughout the 2017-18 and this season, with averages of 37.30 and 39.45 respectively, also getting his highest score of 124 not out against Sri Lanka on January 8.

While the last season was a productive one for him, taking 15 ODI wickets the 2018-19 season hasn't been his best as he was out of action for nine months due to injury. He did play well in the recent series against Bangladesh, with figures of 3/45 in the first ODI and an economy rate of 5.11

The leg-spinner has been consistently performing for the Kiwis in ODI's, taking 10 wickets each in this

The experienced pacer had a good 2017-18 season with 16 ODI wickets in 14 matches. He has followed it up well in the next season, taking nine wickets in six games, his best spell most coming against Bangladesh where he took 6-65.

The oldest member of the squad, Ross has warranted his selection into this squad on the back of a two brilliant seasons, where he averaged 78.10 and 84.33 respectively, with his best score of 181 not out coming against England on March 7, 2018.

Martin Guptill Colin de Grandhomme
Get the latest updates on Fifa Worldcup 2022 and check out  Fifa World Cup Schedule, Stats and Live Cricket Score. Like us on Facebook or follow us on Twitter for more sports updates. You can also download the NDTV Cricket app for Android or iOS.