Virat Kohli-led team, its support staff and the families of the Indian players are reported to be stranded till the World Cup 2019 final. 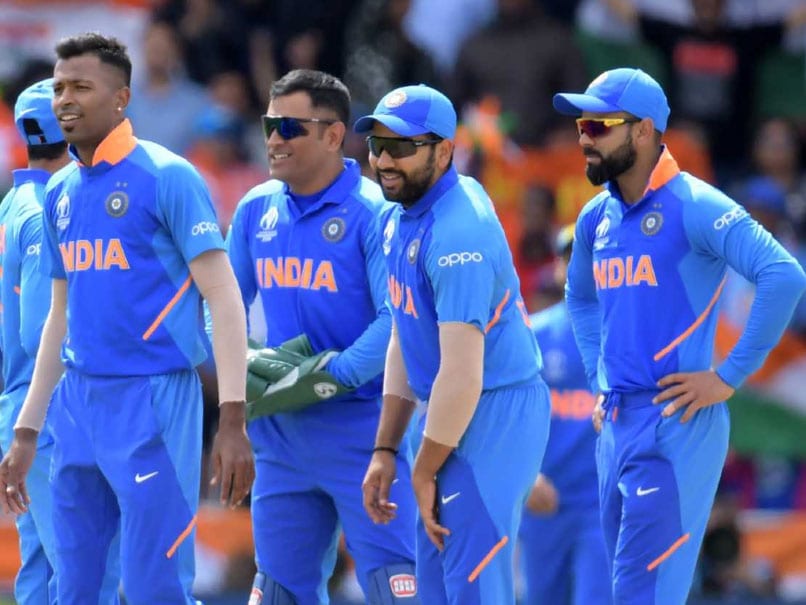 India suffered a semi-final exit from the ongoing World Cup after losing to New Zealand in a rain-affected match in Manchester on Wednesday. However, the Virat Kohli-led team, its support staff and the families of the Indian players are reportedly stranded in England till the World Cup 2019 final, to be played between England and New Zealand at Lord's on Sunday. The players will come back to India in batches as and when they get tickets. "Most of the boys will be in Manchester till July 14 and leave from there. Tickets are being booked after the campaign came to an end yesterday," news agency IANS quoted sources as saying.

Even with no India in the final, the supporters of the national team, who have landed in or are based out of the United Kingdom, will be in majority during the World Cup 2019 final.

All the tickets for the final have been sold out and despite India's shock ouster in the semi-finals, 90 per cent of the fans who have planned their trips months in advance, will still be thronging at the 'Mecca of Cricket' expecting some high quality action.

Many expected that Indian fans would be selling off their tickets for the final, which they have bought in anticipation of Virat Kohli and his team playing there.

A visit to ICC's ticketing website however provided confirmation that the resale traffic is really low.

If a ticket buyer has registered himself with the website and someone in possession of tickets wants to sell off, the former gets an email confirmation.

Even the tickets for minors in all these categories which come for 20, 30 and 40 pounds respectively has been sold out.

"The resale platform - has been busy with lots of people looking for tickets but very few selling. So interest is still high. We have the platform if they want to sell," an ICC spokesperson told PTI when asked if things would change post India's defeat.

(With inputs from Rica Roy and agencies)

Old Trafford, Manchester World Cup 2019 Cricket India vs New Zealand, 1st Semi Final
Get the latest updates on India vs Australia and check out  Schedule, Results and Live Score. Like us on Facebook or follow us on Twitter for more sports updates. You can also download the NDTV Cricket app for Android or iOS.