Contrary to what many believed before the start of the tournament, no team has been able to touch 400-run mark in World Cup 2019 so far. 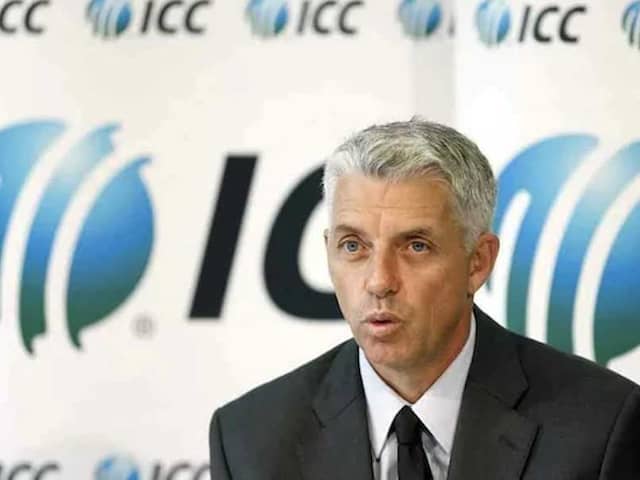 David Richardson said ICC's only direction to the pitch curators was to prepare sporting tracks.© AFP

When World Cup 2019 started many expected it to be a very high-scoring tournament, a nightmare for the bowlers and one where the 500-run barrier could be breached but we are already into the fag end of the showpiece event and no team has touched even the 400-mark. In fact, World Cup 2019 has seen teams defending below par totals on several occasions. All this because International Cricket Council (ICC) directed pitch curators to prepare "sporting tracks".

ICC chief executive David Richardson on Sunday said he is happy with the World Cup's "sporting pitches", insisting they have provided good balance between bat and ball.

"During our playing days a score of between 220 and 260 was a good score but not now. So our only direction to the curators was to prepare sporting tracks," the former South African wicketkeeper-batsman told reporters in Edgbaston.

"And what's heartening to see in this tournament is how the bowlers have had a say and we have seen some exciting cricket.

"Of course in ODIs you will not see as many close games as in Twenty20 cricket but the matches have gone deep and that's important."

Hosts England posted a tournament high of 397/6 against Afghanistan on June 18, but teams have struggled to get past 250 in the second innings of matches.

But the bowlers have made their presence felt with Australia paceman Mitchell Starc leading the wicket-takers chart with 24 scalps in eight matches.

Richardson said the ICC's only direction to the pitch curators was to prepare sporting tracks.

Defending champions Australia were the first team to book their semi-finals berth and now have seven wins from their eight league matches.

The semi-final race opened up after England's shock loss to Sri Lanka last week, with six of the 10 teams fighting for the remaining three spots.

"Even during the South Africa-India game, I believed for a while the Proteas will get a few more wickets but it didn't happen," he said.

"So that's what I mean when I say that the tournament has lived up to expectations and only improved over the years."

Fan violence in Leeds on Saturday marred a World Cup match between Pakistan and Afghanistan as police were forced to intervene after fighting broke out between supporters of the two teams.

Richardson said that incidents like these only make the ICC more "aware" and "prepared".

Meanwhile, Richardson lauded the ICC's work in spreading the game to different parts of the world and also contributing to society as they partnered with UNICEF to raise money for children.

ICC and UNICEF got together for the 'One Day for Children' campaign in Birmingham with a special celebration at the England against India match.

The money raised will support UNICEF's work for children in cricket-playing nations across the world.

Edgbaston, Birmingham World Cup 2019 International Cricket Council Cricket
Get the latest Cricket news, check out the India cricket schedule, Cricket live score . Like us on Facebook or follow us on Twitter for more sports updates. You can also download the NDTV Cricket app for Android or iOS.