South Africa take on Bangladesh in the World Cup 2019 at the Kennington Oval in London on Sunday. 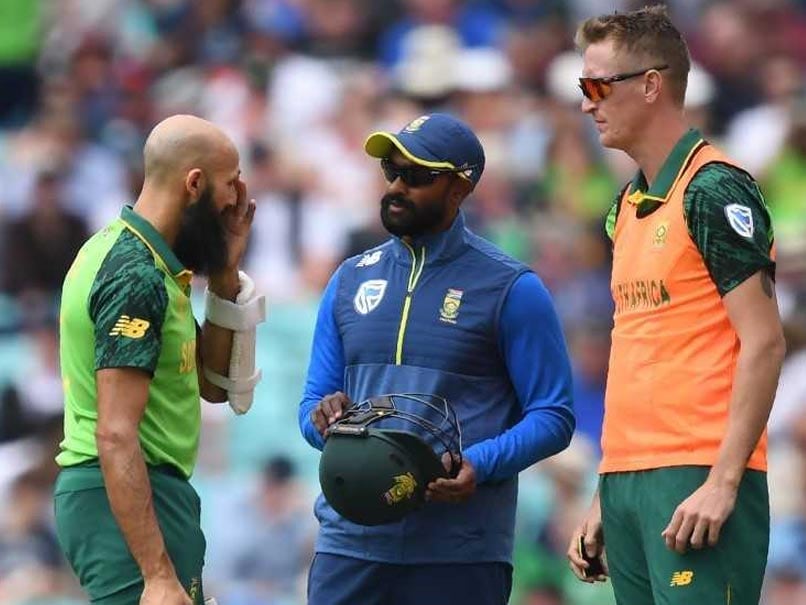 Hashim Amla, who was hit on the helmet by a Jofra Archer bouncer, could sit out the match vs Bangladesh.© AFP

South Africa will look to get their World Cup 2019 campaign back on track after suffering a crushing defeat to hosts England in the tournament opener. The Proteas will face Bangladesh in their second World Cup 2019 match at the Kennington Oval, London on Sunday. For Bangladesh, this will be their first World Cup 2019 outing and Mashrafe Mortaza's team will be hoping to increase South African woes. Bangladesh, however, have a few injury worries. Mashrafe Mortaza will be hoping to be fit to captain the team despite suffering a hamstring strain while bowling during their warm-up match against India while Tamim Iqbal, who did not play against India due to a thigh strain, is also expected to be fit.

South Africa too are expected to make a couple of changes from the playing XI that was completely decimated by the English. David Miller was a surprise omission for the World Cup opener and could find himself in the team for the match against Bangladesh as a replacement for Hashim Amla who was hit on the helmet by a Jofra Archer bouncer.

Chris Morris could be another player who could be part of the South Africa playing XI. The lanky all-rounder is likely to replace Dwaine Pretorious, who failed to impress with both the bat and ball in the match against England.

Dale Steyn is expected to again miss out with South Africa captain Faf du Plessis, while speaking before the first match, making it clear that the veteran pacer was 80 per cent fit and only expected to return when South Africa face one of the tournament favourites India on June 5.

Mashrafe Mortaza World Cup 2019 South Africa vs Bangladesh, Match 5 Cricket
Get the latest updates on ICC T20 Worldcup 2022 and CWG 2022 check out the Schedule, Live Score and Medals Tally. Like us on Facebook or follow us on Twitter for more sports updates. You can also download the NDTV Cricket app for Android or iOS.