Hassan Ali was taken to task by the Indian batsmen when the two teams played their World Cup 2019 league match at Old Trafford on Sunday. 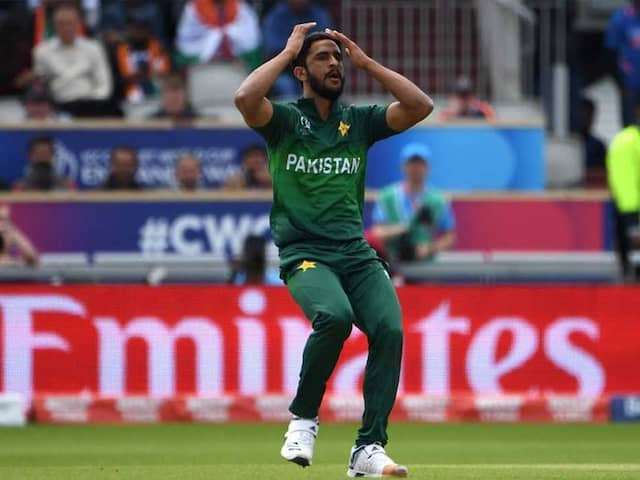 Hassan Ali was plundered for 84 runs by India in the nine overs he bowled.© AFP

The India vs Pakistan World Cup 2019 match was billed as the marquee game of the tournament but turned out to be a damp squib with India dominating from start to finish. The contest was completely one-sided as India ran out comfortable winners to take their unbeaten run against Pakistan in World Cup cricket to seven games. After the drubbing at the hands of India, there was an outpouring of emotion from Pakistan fans all around the world. Among them was a frustrated Shoaib Akhtar who termed Sarfaraz Ahmed a "brainless captain". He didn't stop there as he launched a scathing attack on Pakistan pacer Hassan Ali.

Shoaib Akhtar laid into the right-hand pacer for his underwhelming performance against India where he gave away 84 runs off his nine overs with one wicket to his name.

“Na pace hai, na swing hai, na kuch hai. I really fail to understand what he is trying to achieve. (You are jumping around at Wagah border, you come and bowl, show your strength on the field. These things one can do if you take 6-7 wickets but he gave away 82-84 runs. I don't understand what his mindset is. He wants to become only a T20 bowler and get PSL contracts but for Pakistan see his performance. No pace, no swing, nothing.)," an angry Shoaib Akhtar said on his YouTube channel.

Hassan Ali was given the task of making early inroads into the India's star-studded batting line-up after Sarfaraz Ahmed won the toss and elected to bowl in overcast conditions. Hassan Ali did anything but that and was hit out of the attack by a marauding Rohit Sharma who went on to score 140 off 113 balls.

Hassan Ali did manage to get Rohit Sharma's wicket but there was no respite as Virat Kohli took over the mantle from Rohit and gave the Pakistan bowlers another thrashing as India piled up 336 for five in 50 overs.

Despite 104-run stand for the second wicket between Fakhar Zaman (62) and Babar Azam (48), Pakistan never got close to the target to suffer their third loss of the tournament.

Virat Kohli Shoaib Akhtar World Cup 2019 India vs Pakistan, Match 22 Cricket
Get the latest Cricket news, check out the India cricket schedule, Cricket live score . Like us on Facebook or follow us on Twitter for more sports updates. You can also download the NDTV Cricket app for Android or iOS.