Shikhar Dhawan along with Rohit Sharma will carry the onus of Team India's opening in World Cup 2019. 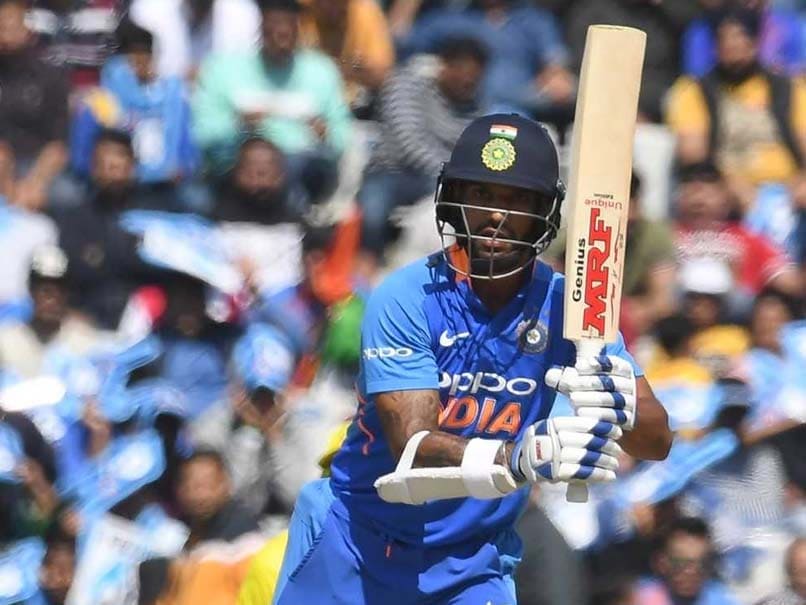 Shikhar Dhawan made a statement with an unbeaten 97 runs.© AFP

Shikhar Dhawan made a statement with an unbeaten 97 runs knock for Delhi Capitals in the Indian Premier League (IPL) 2019 a few days before India's World Cup squad was announced. Dhawan along with Rohit Sharma will carry the onus of India's opening with KL Rahul as a back-up option and the southpaw believes his national team will perform well in the marquee tournament as they have a "very strong side". The MSK Prasad-headed selection committee Monday named a 15-member squad, which will be led by Virat Kohli, with Rohit Sharma being his deputy. Dinesh Karthik pipped Rishabh Pant in the fight for the second wicket-keeper's slot.

"For the world cup we have a very good and a strong side and we are looking forward to the competition. We will perform really well once we get there," Dhawan said.

Talking about his IPL side Delhi Capitals, who are currently placed second on the points table with five wins from eight games, Dhawan said the experience of coach Ricky Ponting and advisor Sourav Ganguly is helping the side.

"The support of the coaches Ricky Ponting and Sourav Ganguly... Their experience as a captain along with the belief they instill in us is great. At the same time the young boys in our team are also getting mature."

"It has been a good season for us. It's a clean slate for the Delhi franchise, new name, new adminstration, support staff everyone was new. Our team is strong and is a balanced side with the overseas and Indian players. The way we are performing is good."

The stylish opener missed out on his maiden century of the season when teammate Colin Ingram hit a six to give Capitals a seven-wicket victory, but Dhawan has no regrets.

"I was not thinking of the century, it was more important to win the match. At that time it was important to hold on to my wicket and take the team over the line because we had lost a couple of matches from a winning position."

"People are only seeing that I missed my century by three runs but they should also see that I score a 97. If I have scored it once I can score it ten times more," Dhawan said.

Shikhar Dhawan Cricket
Get the latest updates on IPL 2021, check out the IPL 2021 Schedule and Indian Premier League Live Score . Like us on Facebook or follow us on Twitter for more sports updates. You can also download the NDTV Cricket app for Android or iOS.