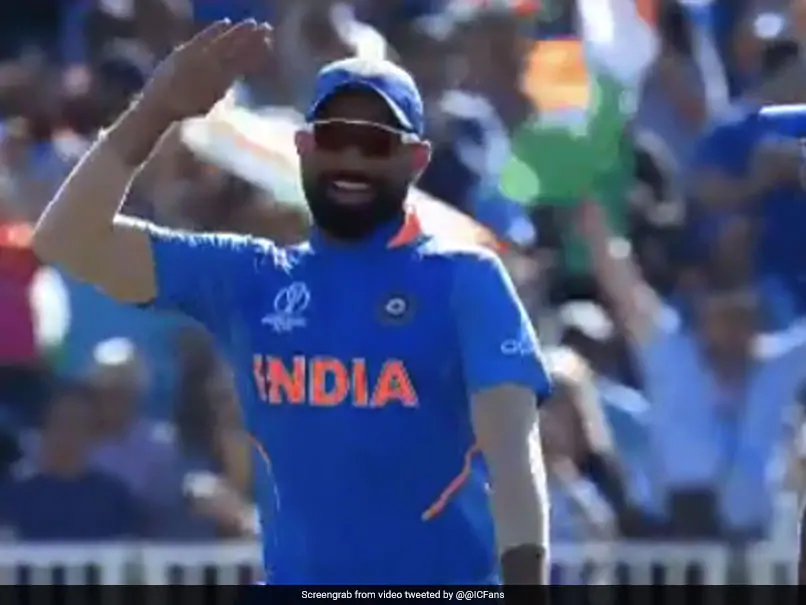 Sheldon Cottrell on Friday reacted to Indian speedster Mohammed Shami mimicking his salute celebrations in the West Indies vs India World Cup 2019 match. Mohammed Shami on Thursday had imitated Sheldon Cottrell's wicket-taking celebration after he fell prey to Yuzvendra Chahal in the 30th overs of West Indies innings which India won by 125 runs. Sheldon Cottrell, however, took the joke in lightly and came up with a humorous reply. Cottrell, on his Twitter handle, said that the whole episode between the duo was "great fun".

Shami's performance in two of his outings in World Cup 2019 has been spectacular. He has claimed 8 wickets in two matches against Afghnaistan and West Indies.

Shami took a hat-trick in the 50th over of Afghanistan's innings and became just the second Indian after Chetan Sharma to achieve the feat in any World Cup match.

Earlier in India's innings, it was Cottrell who dismissed Mohammed Shami for a duck in the 49th over and celebrated in his trademark style while Shami was on his way back to the dressing room.

Notably, Cottrell, who is a soldier in the Jamaican Defence Force, once revealed that his trademark celebration is nothing but his way of showing respect to the Jamaican Armed Forces.

West Indies will now only play for pride as they are almost out of the semi-finals race with just three points off seven games. While, India are the only unbeaten side in the tournament, winning five games of their six outings with one against New Zealand being washed out.

India will next play hosts England in Birmingham on Sunday.

Mohammed Shami World Cup 2019 West Indies vs India, Match 34 Cricket
Get the latest updates on IPL 2021, check out the IPL 2021 Schedule and Indian Premier League Live Score . Like us on Facebook or follow us on Twitter for more sports updates. You can also download the NDTV Cricket app for Android or iOS.