Shai Hope was named the man of the match after a top-score of 77 against Afghanistan in West Indies' final league match of the World Cup 2019. 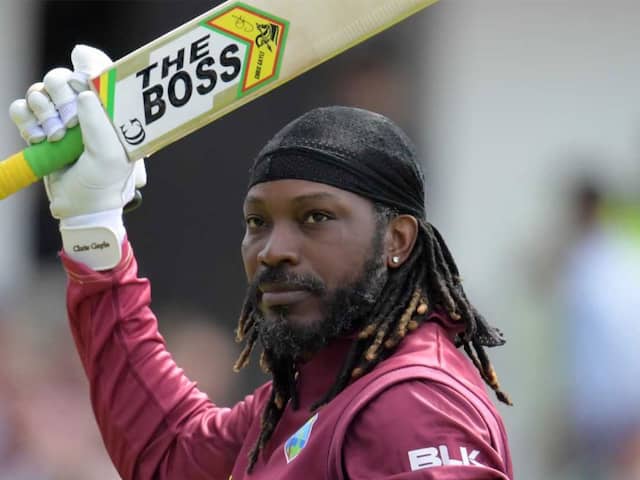 "Probably the whole world will miss him (Gayle) when he goes. It's going to be a sad day for cricket," said Shai Hope while speaking at the post-match press conference.

Asked what he would miss most about teammate Chris Gayle, who played his final World Cup match on Thursday, Hope smiled and replied, "Probably sun glasses. There are too many things you can pick from Chris."

"There are too many things you can pick from Chris Gayle. The entire world will miss him!"
Watch Shai Hope speak fondly about the Universe Boss after yesterday's #CWC19 game.#MenInMaroon pic.twitter.com/BCZFDZSp6U

Gayle has announced that the home series against India that starts on August 3, will be his last on the international stage.

While Gayle has said that he will definitely wish to be a part of the ODI series, he might also look to play a Test match in the two-Test series that sees the start of India and West Indies' campaign in the ICC Test Championship.

Against Afghanistan, Hope was named the Player of the Match after a top-score of 77 in his team's 23-run victory in their final match of the tournament. He said that the team must learn from their experience at this World Cup after winning just two matches.

"It was definitely a learning experience, something I will never forget. Playing each game in this format you obviously have to be the better team on the day to progress in the tournament," Hope said.

"Regardless of what happens in any team we have to go out there and play cricket," he added.

After an emphatic seven wickets victory over Pakistan in their opening match, West Indies fell away.

They failed to capitalise on promising positions against Australia, first in the field and then when they batted, and also lost to New Zealand by just five runs when Carlos Braithwaite failed to clear the ropes for a six which would have given them the game.

"We've got to improve from this experience, I'm sure we are going to use this is as a platform for the next four years so we can have something stronger and build more momentum," said Hope.

"In a tournament like this you have to play your best game in each game. If you muck up you are basically out of the tournament.

"I think we lost some of those games in some crucial situations. We basically allowed (Australia) to get that total. I still think we had a decent batting platform to chase the runs and didn't play the situation as well as we could have.

"New Zealand? Yeah, the same thing. We had them in a spot of bother as well. You have to really grind them and they got away," he added.

Shai Hope World Cup 2019 Afghanistan vs West Indies, Match 42 Cricket
Get the latest updates on IPL 2020, check out the IPL Schedule for 2020 and Indian Premier League (IPL) Cricket live score . Like us on Facebook or follow us on Twitter for more sports updates. You can also download the NDTV Cricket app for Android or iOS.