Rohit Sharma was one of the first Indian cricketers to arrive home after India's World Cup 2019 exit. 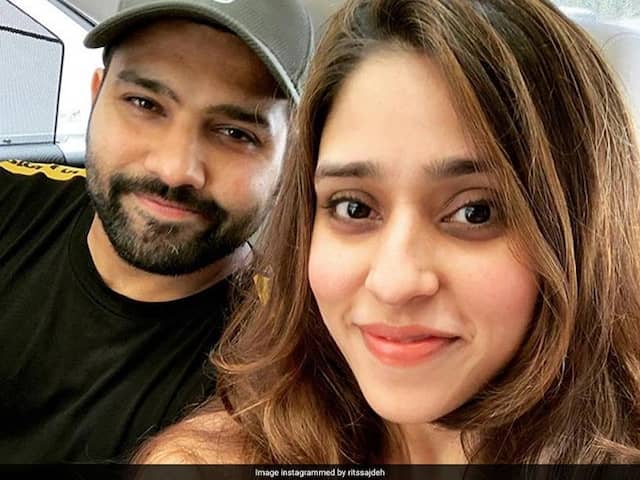 Rohit Sharma returned to Mumbai with wife and daughter© Instagram

Rohit Sharma, leading run-scorer in World Cup 2019 league stage, returned to Mumbai with wife Ritika Sajdeh and daughter Samaira on Saturday after India's ouster from the tournament. The Indian opener, who was in sublime touch throughout the World Cup 2019, was the first among the Indian cricketers to return home. On Saturday, when Rohit Sharma touched down at the airport in Mumbai, a group of paparazzi asked for him to pose for the camera. Rohit Sharma was then seen driving away with his family in a plush car.

After his arrival in India, Rohit Sharma took to Instagram to post a picture of his daughter and wife, with the caption, "My two pie's".

Rohit Sharma scored 648 runs in the World Cup 2019 at an average of 81.00. He hit a record five centuries in the tournament with a high score of an unbeaten 122 during India's inaugural match against South Africa. He also missed out on becoming the highest run-getter scorer in a single World Cup by 25 runs.

India's World Cup 2019 campaign came to an end after their loss to 2015 World Cup runners-up New Zealand in the semi-final.

India are next slated to travel to the West Indies for a Twenty20 International (T20I), Test and One-Day International (ODI) series from August 3 to September 3.