Skipper Virat Kohli and MS Dhoni have identified a few specific fielding positions in the deep for Rishabh Pant. 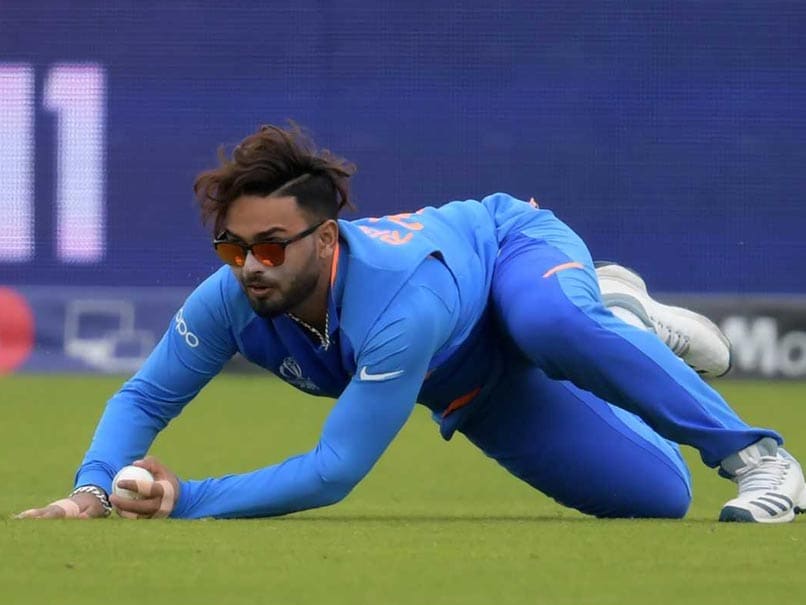 Indian batsman Rishabh Pant, who was included in the World Cup 2019 squad in place of injured opener Shikhar Dhawan, needs to work a lot to better his throwing technique. India's fielding coach R Sridhar said that not only does Pant need to improve his throwing technique but he will also have to be more athletic in the outfield. Sridhar admitted that as far as fielding in the outfield was concerned, Pant was still a work in progress.

"A lot of work has to go into him (Pant). First of all, he needs to improve his technique in throwing and also needs to be a little more athletic to be an outfielder," Sridhar said at the mixed zone after India posted a 28-run win over Bangladesh here on Tuesday to make it to the World Cup 2019 semi-finals.

Skipper Virat Kohli and MS Dhoni have identified a few specific fielding positions in the deep for Pant.

"We have to use him in appropriate (fielding) positions, that is what Virat and MS are keen on. Keep him at right places at the right time. In the last game (vs England), he saved at least five runs which is a huge bonus. He took a catch as well," Sridhar said.

As per Sridhar's assessment, veteran Dinesh Karthik is a better outfielder compared to the young Pant.

"Obviously Dinesh, despite being a wicketkeeper is a good outfielder. He pulls off some good saves at backward point. Rishabh Pant is developing and he needs to do this a bit more to develop the awareness, to get a hang of it. That's why we harp about getting fielders in same positions so that they get an idea."

In a ground like Edgbaston, which isn't exactly spherical, knowledge of angles becomes important, Sridhar said.

"This is all about awareness just like you saw in the last game against England. This ground is a bit like Eden Gardens. Once you are beaten, there's no way that you can chase it. There is no point running around towards the boundary line."

He then spoke about the solution in such uniquely shaped grounds.

"You have to cut the angles. We are used to playing in such grounds and we will have to be aware of that. You will always not get grounds of spherical shape so awareness becomes key," Sridhar added.

The fielding coach also gave details about how Indian players are encouraged to throw one bounce into the pitches adjacent to the match strip in order to scuff the leather off cherry, which will then help the slow bowlers. "We don't have any equipment to measure the pace of the throw from the outfield. But we ensure that the throw is nice and hard.

"The reason being that once the ball stops swinging, we want to use the practice pitches to bash (scuff) it up a little bit so that the spinners can get some help," he said.

Virat Kohli World Cup 2019 Cricket
Get the latest updates on ICC T20 Worldcup 2022 and CWG 2022 check out the Schedule, Live Score and Medals Tally. Like us on Facebook or follow us on Twitter for more sports updates. You can also download the NDTV Cricket app for Android or iOS.